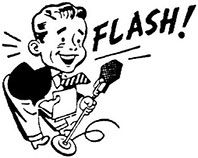 He’d made it look so effortless and somehow magical, but there really wasn’t much magic to it; the index and middle fingers on his right hand rose through the stuffy air in the boxy booth, sailing delicately through the muck until they pointed at the engineer on the other side of the glass. Sheets of paper littered the floor around him. A half-smoked cigarette stubbed carelessly in the ashtray to his left still smoldered silently. The hardly-adequate light from the overhead bulbs made the room seem sinister and silent.

“And that’s how it’s done,” he said, rising from his rickety chair. “You have any questions?” The engineer had left his perch behind the small, simple sound board. Had he even been there? The whole scene seemed somehow like a broadcasting mirage. The newscaster, dressed casually in a sports shirt and jeans, slid his coat from the back of his chair to the sure grip of his right hand. “I mean, that’s why you came, right? What did you think?” 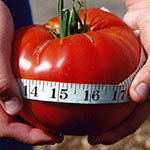 The newscaster’s process seemed somehow less than the sum of its parts. He had just delivered the latest live news report to ABC Radio affiliates in his commanding, dramatic, professional radio news voice, but there was no building to a crescendo–there was only the introduction to the quick, down and dirty national newscast, and then short, snappy synopses of the latest happenings of note. Bullet points, really. A digest of sorts. A short commercial recorded on a bulky radio station cartridge, sent on its way by the engineer, followed. A final story preceded the newscaster’s wrap-up, a light and perhaps quirky short and sweet little thing that could have been ripped from the Paul Harvey playbook–something about some man or woman in the mid-west who grew a tomato the size of a barn or lived past the golden age of 100 and could play checkers like nobody’s business. The beep-beep-beep of the underlying outcue played as a quick “This is ABC News” stinger sputtered and some commercials played and then nothing you could dance to came next. Silence, and nothing more than that, filled the room.

“So what did you think?” It was kind of a let down, I thought, overdressed in a suit and tie and spit-polished shoes, every hair on my head combed perfect and still. “It’s like a dream come true,” I heard myself say, but probably I was, in reality, less celebratory than that. “I thought it was fantastic. It’s very different hearing a newscast at home.” We walked toward the elevator bank, every step deliberate. “I’ll make a call for you and we’ll see what happens from there.” He shook my hand. “I’ll give your mother a jingle as soon as I know something.” He smiled. “Thanks for coming. I’m glad you enjoyed yourself.”

This was the big time and I knew it. I probably was just scared. The newscaster was married to a distant relative. My mother, knowing I wanted to be a big-time disc jockey who could spin the platters that matter, made a phone call. The distant relative, surprised to hear from someone in her extended family who never called, said she’d ask her husband if it was okay if I came to ABC Network’s studios in Manhattan and watched him do his thing. The husband said sure. With the shadow of Lincoln Center behind me, I walked a short distance to see how it was done. How the magic happened. I was relieved to discover that you didn’t have to wear a tie to be a magician.

The newscaster had worked, at the beginning of his career, at a tiny radio station in Dover, Delaware, the state that was once characterized on Saturday Night Live as the length of road you passed through on your way to Florida. WKEN-AM had once been a thriving, local top-40 outlet, but changed to a strange amalgam of tired middle-of-the-road vocal and instrumental sides and gospel cuts. All of the records in the music library, such as it was, were scratched and sounded horrible on the air. Even in this pre-CD era, it was hard to imagine a collection of music that had been kept in such poor shape.

The building in which the station operated couldn’t have been a less inviting structure, but it was what it was and it was radio of a sort and it was all very exciting. The newscaster from ABC News arranged for me to go to WKEN and meet with Stu Wayne, the station’s president and head of everything that was holy. I remember my mother trying to set up a flight for me so I could see what kind of prospects WKEN held in its hip pocket, but there were no flights. There was no airport to fly into–at least no commercial airport. So I drove from Long Island to Dover, past so many empty fields and scenery that seemed to blend into one hazy vision, on my way to become a big-time radio disc jockey. I might have to deliver the news, but my main thing would be spinning happening tunes. 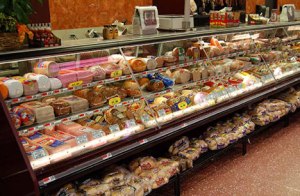 I had wanted to be on the radio in the worst way, but I was willing to settle for a life on Long Island, where my life’s progress was suffocating and draining. If I had to. But first, there were some soul-sucking detours. Right out of college, I worked in the deli department at the local Waldbaum’s supermarket which was located a couple of blocks away from where I lived. The deli manager, a wide and irritable man with an eternal stain on his weathered, white smock, taught his employees to cut meat that was past its shelf date–meat that had the smell of death about it–and place it under a few slices of fresher product, hoping that shoppers wouldn’t notice. But they always did. The manager let the kids working for him in his department take the heat, ensuring that he would never get in trouble. And, in fact, he didn’t–he was one of the top-grossing deli managers in the Waldbaum’s chain.

From Waldbaums, I went to work at a rather shady company that sold chemical products to police chiefs, fire chiefs, golf pros and various other people in charge. I used a fake name and delivered prepared pitches to people who didn’t want to hear them. Ostensibly, one hour was for selling and the next for writing up orders. But we never got many orders because the products we sold didn’t really work and we never sounded all that convincing. “Need to get rid of graffiti on stop signs in your town? We’ve got the spray for that!” Because we never had many sales, we used our alternate hours to make prank phone calls to information operators all over the country. We’d ask the operators to look up numbers for people with last names you couldn’t spell if your life depended on it. “May I have the number for Herman Meccccchhhhhellllllll?” We used fake accents and were highly amused at our inventiveness working in a highly, mentally toxic environment. It was a horrible job. I got fired for being a poor employee. I was relieved. 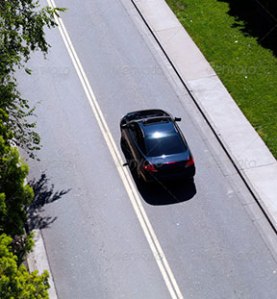 And then WKEN came into my life. I took, and passed by the skin of my filling-filled teeth, the Federal Communications Commission’s third class license test at their office in downtown Manhattan, went home, packed a bag or two, and headed off toward Dover, Delaware. I was secure in knowing that, should I not get a job at the station, I already had one at a specialty publishing company on Long Island. I had interviewed a few days earlier and they hired me to be a first reader on the morning of the first day of the rest of my life. The drive to Dover was long and tiring (I wasn’t then, and I’m not now, fond of driving long distances, especially by myself). When I finally made it to Delaware’s state capitol, I was amazed to find that it didn’t much look like a seat of power. It looked more like the town of Mayberry, with even fewer cars and no Barney Fife.

I rolled into town hungry and just about out of gas. The first stop I made, before going to my motel, was at the local Arby’s. I parked my white AMC Gremlin in the parking lot and went in. A nice roast beef sandwich will do me good, I thought. I was greeted by a pretty young girl with a smile on her face.

“Welcome to Arby’s,” she said. I gave her my order. She collected my sandwich and side and drink. “So you’re from New York, huh?” I laughed. “How did you know?” The girl had one of those looks that said it all, a look that frankly set the stage for the adventure that was about to change my life, for better or worse.