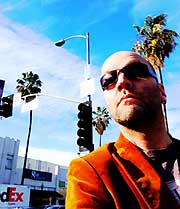 David Myhr’s recent talk with Alan Haber on Pure Pop Radio: In Conversation is now available for listening online and downloading on the In Conversation PodOmatic podcast page. 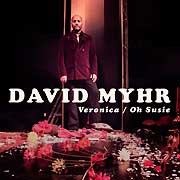 David talks about his recently-released digital single, a classic double a-side that features a poppy cover of Elvis Costello and Paul McCartney’s “Veronica.” This track originally appeared on Costello’s 1989 album, Spike, and features on the recently released compilation, Beyond Belief: A Tribute to Elvis Costello. A poppy update of Secret Service’s 1979 hit, “Oh Susie,” also spins on this great release. David talks about why he chose to record both songs and much more.

Also on the docket is a wide-ranging discussion of David’s successful trip to the United States, during which he met and wrote songs with pop artists from coast to coast. He relates great anecdotes about meeting and writing with artists such as Linus of Hollywood and the Davenports’ Scott Klass as he was traveling coast to coast.

Click here to listen to and download Alan’s talk with David Myhr, originally broadcast on Pure Pop Radio: In Conversation on April 1.