Don’t miss tonight’s edition of the weekly Beatles roundtable, Things We Said Today: Wings guitarist Laurence Juber, whose latest solo album, Fingerboard Road, was released this past January, joins Ken, Steve, Al and Allan for a wide-ranging discussion covering the record and, of course, his time in Wings, during which he played lead guitar. Tune in to Pure Pop Radio at 9 pm ET. 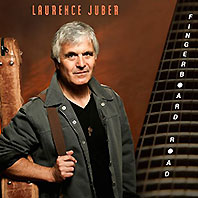 LJ, as Juber is known to his fans, goes in-depth about his time with Wings and touches on his thoughts regarding whether Paul McCartney’s Wings period is different than his post-Wings efforts. In speaking about Linda McCartney, LJ says that “Wings was not Paul’s band. It was Paul and Linda’s band.” He also says that “Linda kept things rocking…” and talks about the blend of Paul, Linda and Denny Laine’s vocals being integral to the sound of Wings. It’s a fascinating discussion that you won’t want to miss. 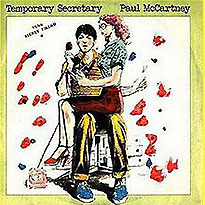 Following the interview with LJ, the panel talks about McCartney’s first-ever live performance of McCartney II’s “Temporary Secretary.” We here at Pure Pop Radio were quite interested in this discussion, as we consider the song to be one of our favorite Paul numbers. What do the panelists think about this song being performed? Tune in and find out!

Things We Said Today is a weekly survey of all things Beatles that is hosted by a quartet of Beatles experts–today’s Fab Four, if you will. Ken Michaels, host of Every Little Thing, is joined by Beatlefan Executive Editor Al Sussman, Steve Marinucci (Beatles Examiner), and Allan Kozinn, longtime music critic. Other well-known Beatles experts sometimes sit in with the core group. Things We Said Today airs every Tuesday night at 9 pm ET on Pure Pop Radio.