The days are bulging with great new songs and albums and artists, so here’s another list of what’s spinning for the first time on Pure Pop Radio–days four and five of our Springtime New Music Explosion combined into one. Let’s start with another incredible long player that’s sure to be a favorite of yours, and yours too. Here is Alan’s review. 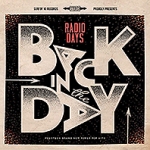 Radio Days | Back in the Day You know how it was when you were younger, when the mere hint of a new album from one of your favorite bands put a smile on your face that stayed there until you held the album in your hands, and then stayed there still? That’s how we feel about Radio Days. The band’s new album, set for release on April 23, is their best yet, a great collection of pop and rock and roll that is nothing less than their crowning achievement thus far, and that’s really saying something.

The band’s first record as a trio, Back in the Day was basically recorded live in their sound man’s basement; you can feel the energy dripping off the walls, as if the songs were being played in the original Cavern Club in Liverpool. There is an immediacy to the playing and an emotional intensity in the vocal delivery and instrumental backing. The harmonies are grand. Most of all, there is a strong sense of commitment to making a great album, which is what Radio Days has done.

The sprightly, decidedly Merseybeat-styled opener, “Why Don’t You Love Me Anymore,” conjures images of fans gathered close to the stage, moving this way and that to the beat, almost crying for the joy of the song as wild guitar figures and percussion play to the groove. It’s a spectacular opening number.

There is so much to love here. The energetic, beat-driven “I’m in Love With You”shows off the group’s mastery of the melodic pop form while incorporating both upbeat and somewhat subdued passages. “Back in the Day,” another top-notch upbeat pop song, celebrates the spirit of Badfinger, Raspberries, the Who, and the Knack, and wedges in a sly little key change about two-thirds of the way through. “Smash this Party,” a smart pop-rocker, actually sounds like it could have been recorded by late-period Klaatu.

More wonders abound on this album, like “Subway Station Girl,” with its bopping rhythm and rocking guitar solos played in the early rock ‘n’ roll style (think Buddy Holly); and a mid-tempo ballad, “Betta (Are You Feeling Better?),” that wouldn’t have felt out of place on the Beatles’ A Hard Day’s Night album. The rest, well, we’ll leave for you to discover for yourselves. 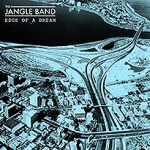 The Jangle Band | Edge of a Dream The band members (Pure Pop Radio favorite Joe Algeri among them) may be spread across Australia, but they come together to forge a solid pop sound on their debut album. Whether they’re dressed in pure pop clothes for the lovely and catchy mid-tempo title song, Byrds-ing it up in the Roger McGuinn-ish “Love You Too” (which includes a beautiful, rubbery vocal line in the chorus and kicks off with a “Be My Baby” drum beat, which seems to be the thing in pop this year), or slowing down to ballad pace with the pretty “Exile on Murray Street,” the Jangle Band is on the case with an album’s worth of catchy delights, beautifully sung and played. We’re playing the aforementioned songs, plus “282,” “It Won’t Break,” “Let Me Breathe,” “This Soul is Not for Sale,” and “Kill the Lovers.” Nice going, guys.

Damien Binder – A New World Sydney, Australia’s Damien Binder is today’s second artist in the spotlight from down under. He fits in well here at Pure Pop Radio, seeing as how his album is co-produced by Michael Carpenter and features Kylie Whitney on backing vocals. Binder’s vocals are strong and expressive, and the playing is exquisite. There is a Byrds-ian edge to “A New World” and “Breaking Beyond Me” (and there you have today’s second Byrds reference); “I Won’t Let You Down Again” has an Abbey Road-period Lennon quality about it; and “What You Call Your Own” is an upbeat pop song with a country sheen. We’re playing these songs in rotation. Welcome, Damien Binder, to Pure Pop Radio.

Solarflairs | “Spirit of Johnny” Memphis, Tennessee’s Solarflairs, fronted by bass player Elisabeth Eickhoff, who also handles lead vocals, hits big right out of the gate with this powerful mid-tempo ballad, a catchy number with great vocal harmonies in the choruses. An understated U2 guitar approach (really) adds an interesting and effective layer to the proceedings. Good work; we look forward to the next release. 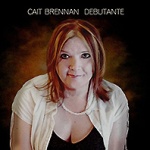 Cait Brennan | Debutante This stylistically-diverse debut has been greeted with open arms for good reason–it’s remarkably assured and full of life. “Once Upon a Nevermind” and “Madame Pompadour” are pure pop delights, and “I Want You Back” hits with an amped-up mix of Buddy Holly and Elvis Costello nods and Brennan’s urgent, spitfire lead vocal. The torch song vibe of “Showman” is driven by slightly ghost-like keyboards and churchly organ. We’re playing these songs, and “All in Love is Fair” and “Underworld.” Great stuff.

Stereo Tiger | Performing Songs Stereo Tiger’s latest release, an EP containing five covers of favorite tunes, hits the proverbial bullseye, which is not a surprise around these parts. The band pays tribute to the mighty Beach Boys classic, “Don’t Worry Baby”; bows to the majesty of Badfinger’s “No Matter What”; swoons to Elliot Smith’s “Pretty Ugly (Before)”; and pops out, Paul McCartney-esque style, with Sloan’s “C’mon C’mon (We’re Gonna Get it Started).” Silky smooth pop vocals and ace musicianship abound. This is free at Bandcamp. Snap it up, would be our suggestion. And, of course, listen to these songs here on Pure Pop Radio.

The Alloy Six | “Each Night” These Stockholm, Sweden-based popsters play through a beat-driven, energy-filled number, now playing in rotation. We’re happy to join Jonas, Johan, Staffan, Ola, Per and Mathias on their musical journey.

Jeff Larson | “February Passing Through” We continue to bow to the talents of Jeff Larson, who we’ve been playing for around 18 years on the various incarnations of Pure Pop Radio. This pretty song, with Jeff’s plaintive vocal up front and close, is another feather in his cap, a lovely number that will stay with you through frequent listens. Now playing in rotation. 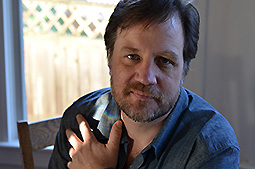 Michael Kroll | Clamourous This veteran musician plays in a bluesy rock style, singing with a hint of a softened growl in his voice. “Allegiance” is one such number, but the artist paints with other colors, too, as someone who studied the songs of the Beatles might do. “The Light” is a catchy pop song with one foot in the ’60s folk movement; “Young” is the kind of considered ballad ’70s singer-songwriters would have included in the repertoires. “Blue” is a lively, upbeat, catchy song that more than hints at what Kroll would sound like in concert. Now playing in rotation.

That’s five days of our Springtime New Music Explosion rolled into four–a pretty neat trick, don’t you think? Now, it’s your turn to listen to the above-mentioned songs and 8,500 more playing in rotation on your home for the greatest melodic pop music from the ’60s to today…Pure Pop Radio. Enjoy!