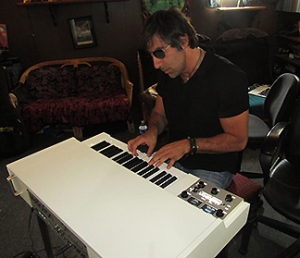 He starts off charting a course around circles and squares and, along the way, tackles the intricacies of negotiating the other shapes that define his life on next week’s all-new edition of Pure Pop Radio: In Conversation.

Seth Swirsky sits behind the microphone next Tuesday night, August 30, at 8 pm ET and speaks with Alan Haber about his career-best long player, Circles and Squares, an ingenious song cycle about life’s twists and turns. The album’s melodically-charged songs reveal the truth about all of our lives, right from the first track, “Shine,” his statement of purpose, the one that sets the stage for what comes next.

During this show, Seth talks about how what he has accomplished in his career has brought him to this new album; he takes a look at three songs in particular and peels back the layers of emotion that define them. As a bonus, Alan plays a classic song from Seth’s first album, Instant Pleasure, and gets the artist’s take on it.

Don’t miss this opportunity to go in-depth with Seth Swirsky on an all-new edition of Pure Pop Radio: In Conversation, airing next Tuesday, August 30, at 8 pm ET. And be on the lookout for news of the next round of first-run shows; an announcement is coming next week.