A preview and a review by Alan Haber 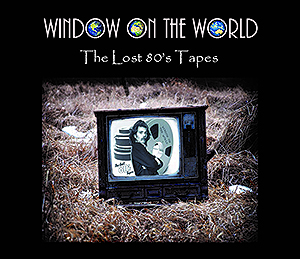 Terry Draper’s sparkling new collection, the wonderfully expansive Window on the World: The Lost 80’s Tapes, will be released this Friday, October 28; Terry will be speaking with me about it on a special edition of Pure Pop Radio: In Conversation next Tuesday, November 1 at 8 pm ET.

The use of the word world in the title of this fine collection is as apt as apt can be. The world that Terry is inviting listeners into is uniquely Draperesque, and not only contains the 10 previously unheard songs from the 1980s that make up the album proper (presented in no less than three formats), but also a pair of songs crafted in the Europop style, five of Terry’s songs sung by female vocalists, five completed songs designated by Terry as “not yet finished,” two videos, and a digital booklet containing photos and both technical and personal annotation. Also included is a letter from Terry that draws on his musical history, from his first band to the release of this album.

But that’s not all. Most exciting, perhaps, is that this expansive Window on the World is presented not on a shiny, silvery compact disc, but on a USB flash drive disguised as a guitar. Since so many people listen to music on their computers these days, this is a particularly appropriate and, yes, fun offering. The guitar drive will be available in four designer colors, including red (see illustration at right). You will be proud to show this guitar to your fellow music aficionados. 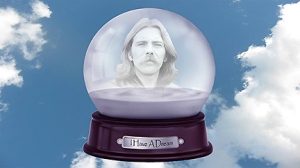 The previously unheard songs from the ’80s on the album proper range from tremendously affecting ballads (“I Have a Dream,” “You Don’t See Me Laughing”) to cleverly realized upbeat pop songs like “More.” It’s nothing less than the usual fine fare you get from this ever-creative musician. Pure Pop Radio is now playing many songs from Window on the World, three days ahead of the release date (see below for titles).

Terry talks with me on In Conversation about the creation of Window, from the spark of the idea to revisit some of his previously unheard songs from the 1980s to adding newly-played instrumentation and releasing the collection in an unconventional way (not the first time an album has been released in this manner). You’ll also hear Terry waxing poetic about some of the songs, including a demo for perhaps the most infectious one he has worked on, a lively love song about Terry’s wife Anna, called “Anna Bella.” And, of course, lots more of the in-depth back-and-forth In Conversation famously presents. 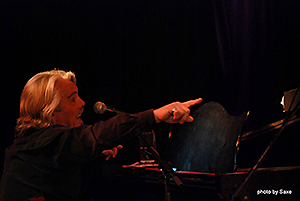 From a personal standpoint, I am thrilled to be able to talk with Terry about Window on the World. Like so many others, I have been listening to Terry’s music for a very long time–40 years, in my case. Now, as his solo career continues providing so much pleasure to fans around the world, I am honored to help spread the word on this wonderful collection.

Join me as I talk to Terry Draper on Pure Pop Radio: In Conversation next Tuesday, November 1 at 8 pm ET. And don’t forget to visit Terry’s website this coming Friday, October 28 and purchase a copy of Window on the World. You’ll be glad you did.

When and Where to Get It: Terry Draper’s website, beginning Friday, October 28.