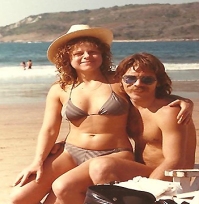 Terry Draper | “She’s All Mine” (from the album Remarkable Women) (2017)
Written this past May, recorded in June, and released just days ago, this freshly-plucked, catchy tune, a love song about Terry’s wife Anna, celebrates her charm in a rather charming way. It’s from Terry’s album Remarkable Women, releasing this Friday, and it’s the perfect summer song, a bouncy, singalongable, and quirky creation. In other words, it’s a keeper. Bonus coolness factor: Dig the key change (a semi-tone modulation) about three-quarters of the way through.

Where to Get It: Terry Draper’s website’s digital store, iTunes

Cliff Hillis |Many Happy Returns (Tallboy, 2017)
Always a reliable writer and performer, Cliff returns with arguably his finest release, an EP’s worth of pop songs that sing. Even the bouncy popper “Time an Evangelist,” a hopeful look at today’s fractured political landscape, is a catchy treat whose heart beats proudly (“Poor musician/Sings a protest song/All he wants is the world to sing along”). The title number is a pure poppy delight with a fun, vocally percussive underpinning; the four-on-the-floor “Never in a Million Years,” a co-write with Robbie Rist, rocks with a determined guitar attack as it pops; and the lovely mid-tempo ballad “With All the World,” written with Pure Pop Radio favorite Bill DeMain, is alight with Burt Bacharach-y horns. Wonderful.

Now playing on Pure Pop Radio: “Time an Evangelist,” “Many Happy Returns,” “With All the World,” “Hey Pretty Face,” and “Never in a Million Years”

Where to Get It: Tallboy Records on Facebook, iTunes 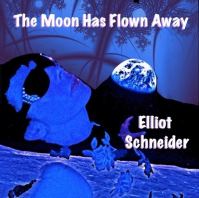 Elliot Schneider | “The Moon Has Flown Away” (2017)
This catchy, upbeat pop-rocker, the first track released from Elliot’s upcoming album, Don’t Put All Your Eggs In One Basketcase, ticks all the boxes for listeners and ups the ante with luscious background vocals supplied by the Italian band Cirrone, whose new EP is currently spinning on Pure Pop Radio. Eminently catchy and an earworm, to boot.

Where to Get It: CD Baby, Amazon 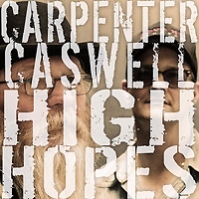 Carpenter Caswell | “High Hopes” (Big Radio Records, 2017)
The third single from superstar duo Michael Carpenter and fellow Australian Allan Caswell is ostensibly country, but as soon as you hear it, you will see why I say it’s pop, dressed in country outer gear. Buoyed by strong percussion, tears-in-your-eyes slide guitar, and a melody to stop your ears in their tracks, “High Hopes” is a hopeful slice of country-pop. The upcoming Carpenter Caswell album seems a cinch for high marks.

Where to Get It: CD Baby, Amazon, iTunes 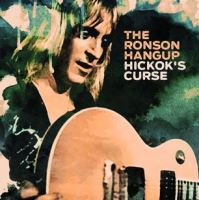 The Ronson Hangup | “Hickok’s Curse” (2017)
The first single from the Hangup’s forthcoming and long-awaited second album is an engaging, dynamic, upbeat pop song that raises the stakes from the band’s terrific first collection. A great melody draws ears to a great tune. Don’t miss the brief carnival-like tempo change about halfway in. In fact, don’t miss this song.

Where to Get It: Amazon, iTunes 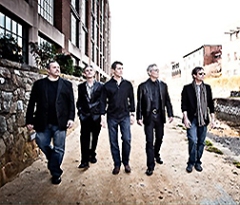 Where to Get It: Coming soon 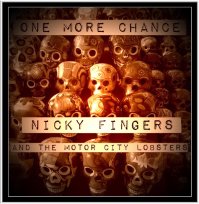 Turns out, however, that Nicky and his Lobsters are perfectly acceptable to bring home to the parents on date night. Nicky and the Motor City Lobsters are the collective nom de plume of New Trocaderos keys man Kris “Fingers” Rodgers, driving popster Nick Piunti, Andy Reed, Donny Brown, and Michael Chaney (who co-wrote “One More Chance” with Nick), attorney-at-law and writer-of-catchy-tunes, about whose work much has been written rather glowingly as toes all over the land are tapping down into the floorboards with a certain panache. Therein lies the pedigree, true as true can be, but still the question remains: Do Nicky and his Lobsters, hailing from the Motor City, thrash and crash their way through some kind of speed metal arrangement of “I Left My Heart in San Francisco” or, you know, what?

Nothing of the sort, it turns out. In fact, “One More Chance” is nothing less than a celebration of pure pop, an old-fashioned kind of energetic four-beat after four-beat thumper with the kind of melody and hook construct that begs repeat plays. It’s catchy, too, and it’s kind of reminiscent of the poppier side of Bruce Springsteen (of “Where the Bands Are” fame). There’s a little Tom Petty and the Heartbreakers in there, and there’s some Bob Dylan too, which you can detect from Nick’s as-usual affecting vocal.

One even quick-and-gone look at the artwork for “One More Chance”–a mix-and-match, leave-them-where-they-fall smattering of faux psyched-out skulls and old-fashioned-from-back-in-the-day, push-the-button-and-out-come-some-raised-letter-labels that spell out the band name and song title–and you’d likely exit stage left or even right and run for the hills. But you’re more likely to smile and hit the repeat button on your music player of choice.

Nicky Fingers and the Motor City Lobsters are coming to your town–not actually coming there, but making a sounds-like-a-hit appearance from out of your speakers–and it’s okay to make them right at home. Skulls are optional.

Populuxe | “Garage Sale” (2017)
Seeded in Brooklyn in the late 1990s, this trio, comprised of Mike Mallory, Mark Pardy, and Rob Shapiro (listed in alphabetical order because Mike, Mark and then Rob sounds sort of musical, I guess), open up their new song with pounding, purposeful drums that segue into an XTC kind of song, charged with melody and guitars and all kinds of changes, and you will likely like it as I do. The trio is joined by Gracie Wall, who sings background vocals. The tune was recorded in California, which is the other coast, depending on where you live. This song is great wherever you live.

Where to Get It: Amazon

More reviews coming…before you know it!