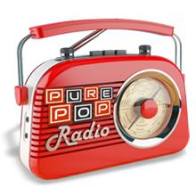 It’s a week of explosive broadcasts that will knock your popping and rocking socks off, what with the latest top side from Orbis Max, the Weeklings’ ode to the upcoming holiday season, and Dana Countryman’s appearance on an all-new edition of Pure Pop Radio: In Conversation leading the charge. If ever there were a don’t-miss-a-minute week of Pure Pop Radio shows on Pop that Goes Crunch Radio, this is it.

Tomorrow night’s Alan Haber’s Pop Tunes Deejay Show (8 pm ET) kicks off with a Simon and Garfunkel triple play from the duo’s smash 1970 album, Bridge over Troubled Water: “Keep the Customer Satisfied,” “Baby Driver,” and “Why Don’t You Write Me.” A set devoted to songs about someone named “Jesse,” and the Weeklings’ ode to the upcoming holiday season, a mash-up of the perennial Christmas classic “Winter Wonderland” and the Beatles’ “Revolution,” are top of the pops, alongside a plethora of melodic pop jewels, including some top-notch holiday classics like Ringo Starr’s “Christmas Time is Here Again” and Dana Countryman’s “Amazon.com Kind of Christmas,” from Dana’s new album, The Joy of Pop (hey it is only 49 days until Christmas!). Plus: The Reed Brothers, the JAC, and Orbis Max!

Speaking of Dana, he’s in the spotlight this Wednesday night on the latest all-new edition of Pure Pop Radio: In Conversation, talking about The Joy of Pop in the kind of detail listeners have come to expect from the Internet’s premiere melodic pop talk show (9 pm ET on Pop that Goes Crunch Radio).

Another all-new group spin of new and new-to-you tunes, and classics from across the decades, awaits you Thursday night at 8 pm ET on this week’s second Pop Tunes Deejay Show. You’ll hear numbers from Gilbert O’Sullivan, Badfinger, John Holk and the Sequins (from the just-released Hit the Hay Vol. 9), two tips-of-the-melodic-pop-hat to the Bee Gees, an Association-centric set, and a whole lot more. More melodic fun you cannot possibly have.

Don’t miss a minute of this week’s Pop Tunes Deejay Shows and Dana Countryman on Pure Pop Radio: In Conversation. This is a broadcast week to remember!