Although you probably won’t ever hear any songs by rocker Marilyn Manson on Pure Pop Radio, you will likely agree with a quote attributed to him.

“Music is the strongest form of magic,” Manson is said to have uttered once upon a time.  Good for Marilyn, we say! We think the rocker is right, and we bet you do too.

Pure Pop Radio, the 24-hour internet radio station playing the greatest melodic pop music in the universe, sends magical, musical missives out to waiting ears that are thirsty for sounds that make everything feel alright. And we all could use help in that regard these days.

Recent adds to our ever-growing playlist show that the catchiest songs from new and new-to-you artists are spinning hour after hour, around the clock. Some particularly fine examples: 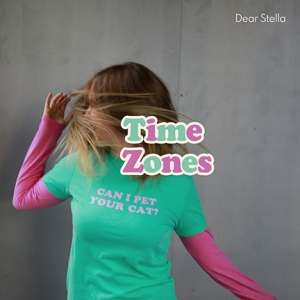 Dear Stella. The nom de plume of Austria’s Stefanie Drexler is bound to satisfy fans of dynamic, creative sounds with the EP Time Zones, releasing tomorrow.  These six, monumentally rich songs, beautifully produced and performed with true heart (check Drexler’s strong, emotional vocals), incorporate retro and contemporary sounds in surprising ways. Pop pundits Bleu, Eric Barao, David Myhr and Kai Danzberg are on hand, but this is Drexler’s show all the way, and a incredible, joyous show it is. We’re playing all six tunes in rotation. Here’s just a taste, a beautiful ballad from one of your soon-to-be-favorite 2020 releases, Time Zones:

The BOTP Band. With a half-dozen like-minded musicians in tow, the Junipers’ Robyn Gibson once again puts his stamp on treasured, classic tunes from pop music’s past. The latest collection, entitled Bob of the Pops Volume 5, makes songs by ABBA, Bob Dylan, the Tokens, the Five Stairsteps, the Hollies, Elliott Smith and many more of your favorites come alive in true BOTP fashion. We’re playing six of these stellar tracks, including the following pair (sing along if you know the words, and we know that you do!):

Tune in to our 24-hour stream and enjoy the music!

Alan Haber’s Pure Pop Radio is the premier website covering the melodic pop scene with in-depth reviews of new and reissued recordings, interviews and a wide variety of features.