The Two Music Geeks Say: It’s Chic to be a Geek!

It’s chic to be a geek again because the Two Music Geeks are back! The first Geeks show was a huge success, so Alan Haber and Scott W. McKinney have put their collective noggins together and come up with another lively and fun show, this time zeroing in on songs about girls!

Alan and Scott have collected an eclectic selection of tunes from across the landscape of pop music. You’ll hear the Beatifics singing about “This Year’s Jessica,” the Monkees rocking out about “Mary, Mary,” and the Rolling Stones succumbing to the charms of “Lady Jane.” But wait! There’s more: Randy Newman will tell the story of weak-willed wives in the typically-twisted “They Just Got Married,” Tiny Tim will warble the Addrisi Brothers’ classic “She’s Just Laughing at Me,” and Stackridge will tell the tale of a woman who leaves damaged men in her rearview mirror, as outlined in the wonderful tune “Sliding Down the Razor Blade of Love.”

And that’s only scratching the surface of what’s in store for you on tomorrow night’s second edition of Two Music Geeks. The fun begins at 9 pm ET on Pure Pop Radio, your 24-hour-a-day Internet radio home for the greatest melodic pop in the universe. 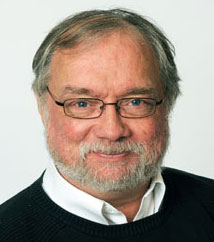 Scott W. McKinney: From live and local radio to the world over. Welcome, Scott, to Pure Pop Radio!