It’s time for another round of new music that we’ve just added to our playlist. We’ve got a whole lot of new songs and artists to tell you about, so let’s get on to it, shall we?

The Dowling Poole | Single: “Rebecca Receiving,” “The Same Mistake Again,” and “Empires, Buildings and Acquisitions (Live in Manchester)” This tasty taster, being released February 19 in advance of the full-length One Hyde Park, is yet another example of what Willie Dowling and Jon Poole do so very well: mix the past with the present as they point to the future. “Rebecca Receiving” is an undeniably catchy art-pop explosion drinking from a well overflowing with Stiff and Godley and Creme-isms. It’s hard to deny, as is the non-album “The Same Mistake Again,” a wholly different, gentle-by-comparison beast, coming from the other, Stewart-Gouldman side of the 10cc fence. A lovely, heretofore unreleased, stripped down, live version of Bleak Strategies‘ “Empires, Buildings and Acquisitions” completes the triptych. Super stuff.

Various Artists | If It Feels Good, Do It: A Sloan Tribute Keith Klingensmith’s Futureman Records hits another bullseye with a collection of covers of songs from the Sloan catalog. A selection of familiar and perhaps not-so-familiar artists delivers the goods, from Coke Belda and El Inquieto Roque’s melodically-charged “Autobiography,” which kicks off with a knowing, smile-inducing nod to Jeff Lynne’s “Mr. Blue Sky,” to Pop 4’s short but sweet “Flying High Again,” sounding more than a little like electrified, later-period Cowsills. We’re playing 12 superb tracks in rotation, including the previously-mentioned nuggets and Andy Reed’s “I Love a Long Goodbye”; Fireking’s “The Other Man”; Gretchen’s Wheel’s “Try to Make It”; the wonderfully named Hal E. Fax and the Supernova Scotias’ “So Far So Good,” with its Beach Boys vocal open; Nick Piunti’s “Right or Wrong”; Phil Ajiarapu’s “Set in Motion”; Stereo Tiger’s “C’mon C’mon (We’re Gonna Get It Started)”; The Hangabouts’ “The Answer Was You”; and the Well Wishers’ “The Lines You Amend.” Cheers to a fun listen.

Coke Belda | “Poor Baby” Speaking of Coke Belda, this pop master has recorded a spirited and loving cover of the Cowsills’ 1967 single track “Poor Baby” for Pop Parade, a forthcoming compilation from the Rock Indiana label. Coke plays all of the instruments and sings all of the vocals. It’s a spectacular performance, and we’ve got it playing in rotation. Beautiful. 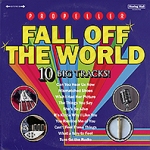 Propeller | Fall Off the World The followup to 2013’s Don’t Be Sorry Again, sporting a K-tel International homage on its cover, is an infectious collection of hook-filled songs with more than a hint of Teenage Fanclub-esque-fueled DNA. Songs like the Byrdsian “She’s So Alive” is but one example of the heights the group achieves; “You Remind Me of You” melds Buddy Holly swagger with its power-pop heart; “It’s Kinda Why I Like You” is a virtual love letter to Fanclub song construction. These three songs, plus “Wish I Had Her Picture,” “The Things You Say,” “What a Way to Feel,” and “Can You Hear Us Now,” are currently playing in rotation, as you would expect.

Tobbe | ep1 – summerbound Tobbe is The Tor Guides’ Torbjorn Petersson, a multi-instrumentalist who flexes his solo sweet pop muscles on four catchy classics: the hit single-worthy “What in the World” and “Two Minutes of Your Time,” the lovely ballad “Absent Minded Me,” and the comparatively muscular “Love Went to Paris.” Tobbe plays all instruments, save for the drums. Hooks abound. Listeners are in love.

Chris Murphy | Ghost Town The Murphy Brothers’ Chris closed out 2015 with this gorgeous collection of songs soaked in melodic charm. The title track, a lovely ballad, is quite simply one of the most affecting numbers we’ve heard in quite some time. The blues-rocking “Scarecrow” is a punchy number, punctuated by Chris’s strong vocal and some tasty piano runs; and “Kid from the Country” sings a heartland song from the heart. These three tunes, plus “Not Like it Was Before,” “Running Out of Time,” and “Happy Boy” are now happily playing in rotation. 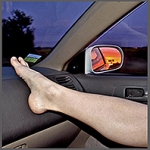 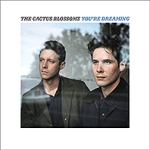 The Cactus Blossoms | You’re Dreaming It’s like the Everly Brothers are spinning on the turntable, but you’d better open your eyes (and your ears, for that matter), because it’s not Phil and Don; it’s brothers Jack Torrey and Page Burkum delivering an authentic mix of Everly, country and western, and Bakersfield magic. One of the great surprises of this early year, we’re playing five great numbers: “You’re Dreaming,” “Traveler’s Paradise,” “Stoplight Kisses,” “No More Crying the Blues,” and “Clown Collector.” It just doesn’t get much better than this.

Daisy House | Western Man Here is another great surprise that has defined this year, even early on, as a great one for melodic music. Doug Hammond and his daughter Tatiana have made an album for the ages. Golden harmonies and great songs melt your heart all the way through. The heavenly duo channels the Byrds in the uptempo “She Comes Runnin’ Back” and “Twenty-One,” offers up a catchy, playful vibe with the singalong number “Willow,” and delivers a strong, emotive ballad with the orchestrated pearl, “Western Man.” We’re playing these and five other grand musical gestures: “The Defender,” “The Boulevard,” “Say Goodbye,” “Like a Superman,” and “Golden Heart.” This is nothing less than a gift from heaven.

Tricia Countryman and John Hunter Phillips | “The Warmth of the Sun” Taken from Tricia’s upcoming solo album, being produced by her husband Dana (a Pure Pop Radio favorite, don’t you know), this lovely rendition of the Beach Boys classic is pure gold. This is just about as perfect an example of how important harmonies are to melodic pop music as we can think of.

That’s it for today. You’ll be getting another big fix of new songs and artists added to our playlist coming up in a harmony-filled blink of an eye. Until then, why not click on one of the listen links below and sway to the melodies and harmonies coming out of your speakers by listening to Pure Pop Radio?

Well, technically, my time away from these pages wasn’t a vacation. In fact, it was anything but a bout of fun in the sun. As those of you who follow me on Facebook already know, I’ve had some medical issues to deal with these past few months. On New Year’s Eve, I had an operation to correct a digestion problem, and just a few days later, I found myself in the hospital again with arterial flutter.

So how was your vacation? I’m happy to report that things are much better now. I’m feeling pretty good and raring to dive back into the melodic pop pool. I’ve added some new music to the Pure Pop Radio playlist and I’ve rejiggered the station’s top-secret rotation logic for maximum, hooky goodness.

New and now playing in rotation are Cheap Trick’s “No Direction Home,” which apparently will be part of the venerable popsters’ next album. Also spinning are great new tracks from Anton Barbeau, from his latest album, Magic Act; Chris Murphy; Torbjorn Petersson (his new EP); Rocket Bureau; Paul Melancon and the New Insecurities; the Surfin’ Burritos; Javier Escovedo; One Like Son, who are in a country-esque mood on their superb new album, Ugly; New Sincerity Works; the Del Zorros (a spectacular new song, “Step Away from My Heart”); Mimi Boswell and Friends; and Vegas With Randolph, with another rousing number, “The Comeback Kid.” 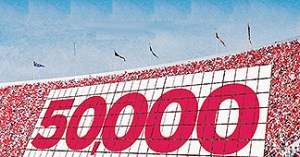 If I may, I’d like to pat these pages on their melodic backs: More than 50,000 pop fans have read the words we’ve stitched together since we opened for business back in late December 2013 (thanks one and all). Our number one post, by a hook-filled mile, is our review of Jeff Lynne’s instantly legendary September 14, 2014 show in London’s Hyde Park. Posted on September 16, 2014, it’s still got that ELO magic; read it here, for the first time or once again for good measure.

Thanks for hanging in there with us. We’re here to stay; we hope you wouldn’t have it any other way. Hugs and kisses.