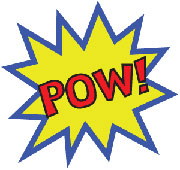 Hello and welcome, friends, to the show that never ends, and for good reason! It’s week number two, cumulative day five of Pure Pop Radio’s New Music Explosion. We’ve added many hundreds of new songs by your favorite artists and artists new to you. We’re still packing quite a punch. Can you say “Pow!”?

We’ve added rockin’, poppin’ fast-, slow- and medium-paced numbers that will make you smile, laugh, cry and even, perhaps, think. But most of all, we’ve enriched all of our lives with the sound of singable, danceable melodic pop music.

Here are some more tunes and artists we’ve added to the Pure Pop Radio playlist and, remember, there’s more coming every day this week:

Cliff Hillis | Song Machine We suspect that Cliff Hillis is, deep down, an old, musical soul. His songs come straight from the heart and, in a particularly stylish, old-fashioned way, they come to you as old friends. They feel right. They glisten with craft and feeling. The seven songs on Cliff’s particularly grand new EP are among his best yet, and we’re spinning all of them in rotation, from the lovely, opening, mid-tempo, atmospheric examination of fractured identity, “Dashboard,” to “Goodnight Sunlight,” in which the night washes away the gangly day. This is an astounding collection of songs we all will wish we could have written. Also spinning: “Could You Be the Enemy,” “Hang On to the Moment,” “Just One More,” “Tonight,” and “Turn On a Dime.”

The Foreign Films | The Record Collector The musical magician, Bill Majoros, has quietly been recording a four-sided opus up in Canada he calls The Record Collector. He’s releasing one side at a time, at which point he’ll join the four corners of his world into one seamless long player. Side Two is currently out there–five songs that bode well for the next side that will soon be a tangible reality. From side two, we’ve added four tracks to the Pure Pop Radio playlist: the upbeat, rock number “Broken Dreamers”; “Land of 1000 Goodbyes,” a sixties pastiche mixing James Bond melodies, classical flourishes, catchy, pure pop choruses and hints of the Beach Boys; “State of the Art,” a modern power pop tune with sixties overtones; and “Teardrop Town,” sporting spooky echoes of the Eagles’ “One of These Nights” and more James Bondian touches. Very cool, very fun, and all playing now, in rotation.

Yorktown Lads | Songs About Girls and Other Disasters This promising trio, led by sparkle*jets u.k. and Popdudes veteran Michael Simmons, makes melodic pop music magic on their debut album, which boasts endearingly catchy songs like the Lovin’ Spoonful-esque “Sick of Me” and the pure poppy, ELO vibe of “When You’re Famous.” Yorktown Lads are all about the hook, and there’s enough hooks here to fill a very large tackle box. We’ve added seven songs to our playlist: “Something to Write About,” “La La,” “Rewind,” “Home,” “Stairway to Heather,” and the above mentioned pair of classics.

Martin Gordon | Include Me Out Martin Gordon has a long history in the music biz, with stops along the way that include membership in Sparks and Radio Stars and production work galore. Still an artist in his own right, his latest album is a marvel. He lands somewhere between Ray Davies and another Martin with the surname Newell. Both pop and rock with captivating melodies run through Gordon’s veins, and ears around the world are all the better for it. We’ve added a half-dozen songs to our playlist: “Gotta Go Green,” “Stanley Green,” “Nobody Went to the Moon,” “Still Not Lovin’,” “Include Me Out,” and “Girls from the Country.” 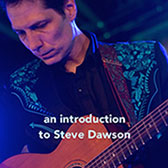 Steve Dawson | An Introduction to Steve Dawson of Dolly Varden We’ve been playing songs from Dolly Varden on Pure Pop Radio for a while. A wonderful collection of songs from songwriter Steve Dawson, crafted for his solo career and for the band, have been brought together by Noisetrade as a sampler of sorts–one that shows this masterful songwriter and performer’s range. From the standards-worthy, emotional, soulful mid-tempo ballad, “Love is a Blessing,” to the melody-infused, Squeeze-like charmer, “Preaching to the Choir,” Dawson proves himself to be as good as it gets. We’re spinning, in rotation, the two aforementioned songs and five others: “Del Mar, 1976,” “I’m the One I Despise,” “Long Overdue,” “Obsidian,” and “Today She Found the Way to Break My Heart.” 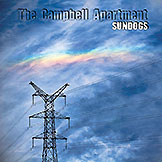 The Campbell Apartment | Sundogs This veteran band’s upcoming EP is a great showcase for some fine melodic pop music. From this collection, we especially enjoyed the delicious and quite catchy “Love of My Life” and the straight-ahead pop of the upbeat “Something in the Way.” We’re spinning both of these songs in rotation on Pure Pop Radio. We think you’ll enjoy them immensely.

Fernando Perdomo | Warm Originally from Miami Beach, Fernando Perdomo is a talented melody man whose first album, Warm, was released in May. At home with both ballady and upbeat pop numbers, Ferando channels Prefab Sprout on the lovely “Girl With a Record Collection,” and tells the story of a couple whose life together is in the moment and perhaps etched in the darkness of a darkroom in “Photographers in Love.” We’re playing these two songs, and four more, in rotation: “Home is Wherever You Are,” “California Moon,” “This Too Shall Pass,” and “On Sunday Morning.”

Dan Markell | “Carried Away” It’s been a long time since we first played music from Dan Markell’s album Big Ideas on the old, weekly Pure Pop Radio show on WEBR–nearly 15 years ago, in fact. We’re quite happy to have a new track from Dan to spin–an upbeat tune with horns and cool acoustic guitar figures with the usual hook that grabs you and doesn’t let go. Welcome back, Dan. 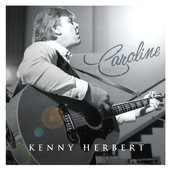 Kenny Herbert | “Caroline” One of our favorite songwriters and performers since the old Herbert and Howat days, Kenny is back with a new, heartfelt ballad that tugs at the heart strings, and in itself is a virtual master class in writing songs for the ages. It’s now playing in rotation on Pure Pop Radio.

Livingstone Daisies | Waiting On the Last Minute One of the sweetest gifts to come from Australia in many a moon, the Livingstone Daisies are back with an eight-song long player packed tight with straight-ahead pop and roll, great melodies and the promise of a long career ahead of them. The epic “Pistol Pete,” which begins with an a cappella choir that will send shivers up your spine, is the centerpiece here, and we’re playing it, along with two other songs, in rotation: “Around Here” and “Risking It All.”

Well, there you have it: Another day, another 10 examples of some of the best melodic pop music out there and now spinning in rotation on Pure Pop Radio, along with more than 5,200 other songs you will cherish and love. Be back here tomorrow for another list of some of the latest adds to our playlist, and keep listening to Pure Pop Radio by clicking on one of the handy listen links below. Thanks!