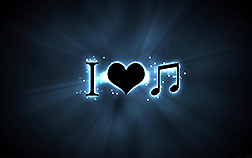 2014 has without question turned out to be a particularly great year for melodic pop music, and as in many previous years, the last few weeks have been top-loaded with sterling releases that prove that any time is a great time for great tunes.

We begin winding up the year with another list of artists and songs just added to the Pure Pop Radio playlist. This time around we feature a couple of our favorites, two artists new to our air, and a surprise track pairing a pop star from across the decades with a new pop star, whose group made a bubblegum smash just two years ago. So let’s get our program off and running, shall we? (Check below for a note about where we’re going next.)

The Rubinoos | 45 Just released, this latest album from the melodic pop band’s melodic pop band is a master class in songwriting and performing that should be at the top of your holiday gift-giving lists. We think 45 is the Rubinoos’ best album, which is really saying something. More than anything, the group’s harmonies–always a shining hallmark of their sound–are better than ever, and Jon Rubin remains one of music’s greatest vocalists, regardless of genre. The group’s a cappella (with percussion) version of Lou Christie’s “Rhapsody in the Rain” is one of the standout tracks released by any band this or any other year. Donning the melodic skin of Frankie Valli and the Four Seasons, it’s nothing less than breathtaking. The doo-wop-meets-early rock ‘n’ roll tribute to Richard Berry’s classic “Louie Louie,” “I Love Louie Louie,” is a smile-inducing tip o’ the hat to the pleasures of the passion of a song that’s been misunderstood for decades. And the upbeat bopper, “Countdown to Love,” sounds like something right out of Paul Revere and the Raiders’ playbook. With great, crisp, clear sound and passion to spare, 45 is one of this year’s finest platters, and we’re playing the whole thing in rotation: “Run Mascara Run,” “Graveyard Shift,” “I Love Louie Louie,” “Does Suzie Like Boys,” “Countdown to Love,” “What More Can You Ask of a Friend,” “Party Insurance,” “You Are Here,” “Rhapsody in the Rain,” “That Thing You Do,” “Kangaroo Court,” “All It Takes,” and “She’s Driving Me Crazy.” 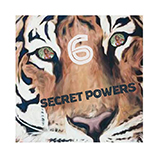 Secret Powers | 6 Montana’s own power pop magicians are back with their sixth long-player, a delectable collection of–let’s not be shy about it–instantly enjoyable pop songs with surprising turns and the kind of melodies that only come from seasoned, natural talents. Ryan “Shmedly” Maynes and crew have outdone themselves with nine brilliant slices of smile-inducing pop that exhibit more than a hint of Jeff Lynne in their DNA. From the ELO-ish “Spare Parts” to the opener, “Bitter Sun,” with its lovely choral section, and the Stiff label echoes of “The Way the Story Goes,” this is the hot pop potato of the moment. We’re playing the entire album in rotation: all of the aforementioned tracks, plus “Palarium,” “Reservoir,” “She’s Electrical,” “Paula Brown,” “New Moon,” and “Ready to Get Old and Die.” A wonderful, late year surprise. 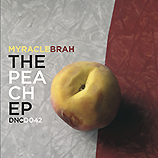 e played religiously on the old, weekly Pure Pop Radio show had released a brand new EP, a fantastic quartet of recordings that does no less than restore your faith in the power of power pop (we’re playing all of them in rotation). Andy Bopp and crew have come up a clear winner with the Big Star-influenced “Sleeping in My Car”; the mid-tempo ballad “Alicent in Time” (complete with great harmonies); ” the psych-pop instrumental “Red Eye #2”; and a lively, lovely cover of the Troggs’ “With a Girl Like You.” We’re playing all four songs in rotation. Side note: Bopp has released a solo EP called Time to Rock that pays tribute, in glorious one-track-mono, to the early days of rock. End-of-the-year presents for music fans everywhere! 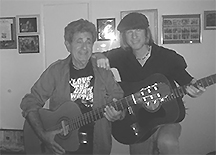 Tony Valentino featuring Vern Shank of the Cherry Drops | “I Believe, I Believe” Here is another late-year surprise, pairing an original member of the Standells with Vern Shank from the Cherry Drops, whose 2012 debut, Everything’s Groovy, continues to be a Pure Pop Radio favorite. Valentino plays guitar, bass and sings backup vocals on “I Believe, I Believe,” while Shank sings the lead and harmony vocal. Garage rock-meets-bubblegum in this modern day classic track, which is currently spinning in rotation on Pure Pop Radio. A real treasure! (That’s Tony on the left and Vern on the right in the picture. All hail rock ‘n’ roll!)

Deadbeat Poets | Hallelujah Anyway The latest, just-released long-player from Deadbeat Poets glistens with a wide variety of pop ‘n’ roll tunes that position them at the top of the beat-meets-melody ladder. We’re playing eight great songs from this exciting record: “Baby Doll,” “Love Is On the Right Beat,” “Getting Over You,” “Johnny Sincere,” “A Dark-Haired Girl in Piccadilly Circus,” “The Bag I’m In,” “There Ain’t No One But You,” and “Falling Without Annette.” A terrific record all the way through. 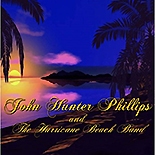 John Hunter Phillips | John Hunter Phillips and the Hurricane Beach Band Here’s the best Beach Boys album released in 2014, from a man who’s not actually in the Beach Boys, but has sung on stage with the band. A tremendous singer who understands and can inhabit the Beach Boys sound like no one else in recent memory, Phillips has recorded a wonderful album full of Boys of Summer-esque songs, from the glorious, harmony-filled “Darlene” to the clever and catchy tribute to the individual Beach Boys, “Dennis, Carl, Alan, Brian, Bruce and Mike (and David)” that features outta site harmonies and a great melody. The limited, deluxe edition of this album includes a second CD jam-packed with alternate versions of the songs, including a number of a cappella takes that will blow your mind in all directions. We’re playing 15 tunes, including “Stay in Kaneohe,” “Back in Hawaii,” “Backseat Driver,” “Darlene,” “I Don’t Feel Bad Anymore,” “The Girl in the Rearview Mirror (2014 Driving Version),” “The Ghost of Hurricane Beach,” “If We Ever Need a Super Man,” “Not So Fast,” “You Can’t Do It Alone,” “I’ll Get Right Back to You” (a duet with Pure Pop Radio favorite, Dana Countryman), “Dennis, Carl, Alan, Brian, Bruce and Mike (and David),” Back in Hawaii (a cappella),” “Backseat Driver (a cappella),” and “Love’s Song.” Superb. 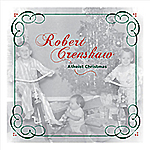 Robert Crenshaw | Atheist Christmas Hot on the heels of adding to our playlist the whole of Robert’s new album, Friends, Family and Neighbors, we’re adding three songs from his 2012 EP. You’ll have to wait until our second annual Christmas Extravaganza, beginning at noon ET on Christmas Eve day, to hear the title cut, but the second, third and fourth tracks are now spinning in rotation, and they’re typically wonderful: “Breakdown in the Passing Lane,” “23 1/2 Degrees,” and Neil Young’s “Don’t Let it Bring You Down.” We’re happy to be playing so many treasures from Robert on Pure Pop Radio. 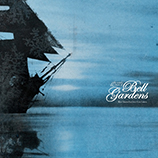 Bell Gardens | Slow Dawns for Lost Conclusions Another just-released album makes its way to the Pure Pop Radio playlist. We’re playing three beautiful, passionate numbers that will wash over you with a peaceful, easy feeling: “Sail,” “She’s Stuck in the Endless Loop of Her Decline,” and “Take Us Away.” 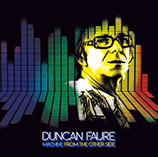 from the great Duncan Faure in the near future, but for now dig four wonderful pop songs that put the spotlight on Duncan, a pounding, percussive piano, and a decidedly strong, early Elton John influence: “Billy in the Big Band,” “Hullo Baby,” “Leaves,” and “England Doesn’t Sleep.” Great stuff.

That’s it for today. As hinted above, we’ll be taking a bit more than a week off while Alan undergoes and recuperates from surgery. We’ll be back on Tuesday, November 18 with our first annual Favorite Records of the Year: Stars of ’14 feature. See you then! And, while we’re gone, keep listening to Pure Pop Radio (listening links below).