As a wintry mix of this and that falls outside of the spacious Pure Pop Radio headquarters, we declare that of all the things we do here, adding new music to the playlist is our favorite task…job one, if truth be known. We’ve been busy, as usual, listening to new songs from favorite, heritage artists and new and upcoming folks with a guitar, keyboard and something to sing at the ready. Here’s some more of what we’ve debuted on the air during the past couple of days: 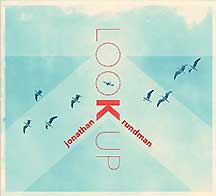 Jonathan Rundman | Look Up For his first album of new songs in a decade, Jonathan Rundman let his guitars gather dust in the corner and took to a dizzying array of keyboards for a dazzling selection of songs supported by great players, including a number of slam-bang cameos from Parthenon Huxley and Brent Bourgeois, among others. Songs like the straight-ahead power pop of the jaunty “Prioritize Us” and “Northbound Traffic” to the early Simon and Garfunkel vibe of the gentle “Second Shelf Down” and the punchy, melodic closer, “No More Old Times,” Rundman scores big. Always, the singer’s gentle voice is up front and guiding these songs home. A welcome return for one of pop’s great talents, and an early candidate for best of the year honors. In addition to the aforementioned songs, we’re playing the following tunes in rotation: “The Science of Rockets,” “Helicopters of Love,” “Painter,” and “Home Unknown.” 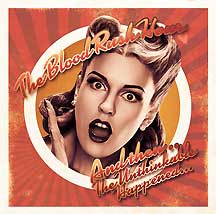 The Blood Rush Hour | And Then.. The Unthinkable Happened… Wales psychotherapist and musician Robert DeStefano returns with his fellow band members to unleash a grand, elegant sophomore effort, the follow up to 2012’s Shrink. Think 10cc for the digital age. The songs range from a toe-tapping 10cc/Jose Feliciano/Jethro Tull melange (the gorgeous, upbeat “Too Hard to Put Right,” with a short, shocking, Godley and Creme background vocal insert) to the charging pop of “Mr. Wonderful.” In between, you get the strings-fueled, medium-paced pop-rocker “Dancing by Yourself,” about accounting for your decisions in life (“The verdict is open/And you’ll only know when/You tire of dancing by yourself”), and a melodically charged, horns-fueled song about deception, “I Never Lied to You” (“I’ve always been open and honest, frank and transparent/Forthright and true/With fingers crossed I state categorically/I never lied to you”). We’re spinning nine songs in total, including those we’ve just mentioned. The others? “Ad Astra per Aspera,” “Run to the Roundhouse,” “(The Day I Finally) Stopped the War,” “A Song that Some Sing,” and “I See Something.” Another candidate for best of the year honors. Whew! We’re off and running this year, aren’t we? 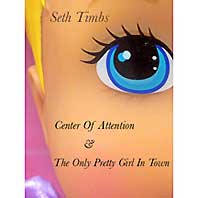 Seth Timbs | “Center of Attention” and “The Only Pretty Girl in Town.” After five albums with the group Fluid Ounces and other musical pursuits, Nashville’s Seth Timbs turns his attention to a single of his own, comprising the catchy, beat-driven “Center of Attention” (featuring a surprise left rhythmic turn about halfway through), and the romantic tale of the girl who may just get away, “The Only Pretty Girl in Town.” A pretty pair, now playing in rotation on Pure Pop Radio. 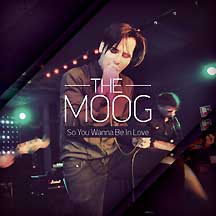 The Moog | “So You Wanna Be in Love” Budapest, Hungary’s the Moog have released a driving slice of catchy pop in advance of the band’s upcoming EP release. “So You Wanna Be in Love” burrows its deep hook into your brain upon first listen, with a chorus that should help to propel this band forward, building on previous releases and tours here in America and abroad. We look forward to hearing the new EP; in the meantime, dig this cool tune. 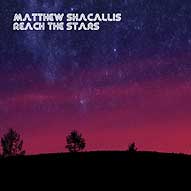 Matthew Shacallis | Reach the Stars Only 21 years old, Sydney, Australia’s Matthew Shacallis originally started this collection as a university recording project. Now that the cat’s out of the bag, it’s becoming much more than that. It’s certainly caught our attention. From the jangly pop of “Nothing to Show” and the hit-worthy “Summer Sun” to the John Lennon ballad vibe of “Reach the Stars,” this is top shelf all the way. Welcome to Pure Pop Radio, Matthew. These songs are now spinning in rotation.

That’s it for today…just a taste of what’s new and now spinning in rotation at your home for the greatest melodic pop in the universe, Pure Pop Radio. Check back tomorrow for more new adds to our playlist!