The past few days saw us spinning some sumptuous sounds from a top-flight quartet of artists. We’ve added these sounds to our playlist; they’re now spinning in rotation, making the world a brighter, more melodic place.

From our old friend JoDee Purkypile comes a new song that the artist describes as “a sad waltz” that features “Revolver-era McCartney harmonies.” He warns that the recording “might rip your speakers.” To all of which we say “Nah,” although we do give the nod to at least the second pronouncement. Frankly, those Macca harmonies in the chorus absolutely slay us. Ditto for the very pop guitar solo. “Here for Love” is a triumph that you’ll want to hear over and over again. At least.

From Toronto, Canada comes Anna Horvath, who records under the name Merival and used to be in a band called First Rate People. Lovers is her first-rate, first-ever solo EP. We’d call her music first-rate folk with a pop edge; whatever you’d call it, you’d have to classify it as tasty. We’re playing three songs from Lovers: “Kickin’ You Out,” which charts a course for escape from a relationship that has slipped away; “Dream of Yourself,” a wisp of a tune and a vocal showcase atop a plunking banjo; and “Calendar,” a meeting of spare acoustic guitar figures and Merival’s plaintive voice. Think mid-period Joni Mitchell, if you need a reference point. 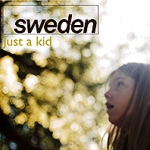 The band called Sweden and not the same-named country rolls in with a sizzling slice of power pop. “Just a Kid” blazes with lots of guitar fury, a catchy melody, and a children’s choir part that lifts the song’s spirits high. Thanks to Caddy’s Tom Dahl for bringing this one to our attention. It’s a good one.

Rock photographer and guitarist Mimi Boswell and her friends, a stately group of cohorts that includes the Doughboys’ Myke Scavone and Richard X. Heyman, enter our playlist with a tough-as-nails pop/rocker, exhibiting equal echoes of the Rolling Stones and the Rascals. “Torn to Pieces” was mixed and mastered to rocky perfection by Pure Pop Radio pal Kurt Reil at his House of Vibes studio.

Get cozy with these and more than 8,100 other like-minded tracks by tuning into Pure Pop Radio. Alan Haber’s Pure Pop Radio is the original 24-hour Internet radio station playing the greatest melodic pop music from the ’60s to today. From the Beatles to the Spongetones, the Nines, Kurt Baker, the Connection and the New Trocaderos, we play the hits and a whole lot more. Tune in by clicking on one of the listen links below.