The hosts of our regularly scheduled specialty shows are ready to go with brand-new episodes crafted for you, our loyal listeners. This week on Pure Pop Radio, every little thing is ready to roll!

Speaking of Every Little Thing, host Ken Michaels is rolling out a tribute to the Everly Brothers tonight at 8 pm ET (5 pm PT). What’s more, he’s speaking to author Chip Madinger, whose book Lennonology charts the day-to-day lives of John Lennon and Yoko Ono, and playing through an opening, varied set featuring a pair of Paul McCartney classics, a choice Ringo Starr cut, and a couple of Beatles numbers that are sure to please: “You’ve Got to Hide Your Love Away” and “Good Day Sunshine.” 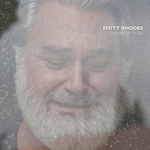 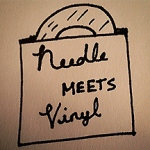 Brian Bringelson spins vinyl and only vinyl this Wednesday night, February 17, at 8 pm ET (5 pm PT) on his always-entertaining show, Needle Meets Vinyl. This all-new episode opens with none other than famed comedian W.C. Fields, who gives way to tracks from the Beatles, Steely Dan, Dusty Springfield, Johnny Rivers, Julie Andrews, Ricky Nelson and many more. It’s another fabulous show you won’t want to miss.

This Thursday night at 8 pm ET (5 pm PT) on Things We Said Today, our regular panel of Beatles experts talks about their favorite Beatles cover songs and albums. Ken Michaels, Steve Marinucci, Al Sussman and Allan Kozinn bring to mind both well-known and perhaps not-so-well-known examples that will surely get your Beatle bells a-ringing, like Stevie Wonder’s “We Can Work It Out,” Sergio Mendez’s “Fool on the Hill,” Emmylou Harris’s “Here, There and Everywhere,” Del Shannon’s “From Me to You,” and tracks from classical guitarist Steven King and Steeleye Span. It’s another example of the best Beatles talk on radio…anywhere.