We continue to add new and new-to-you songs and artists to the Pure Pop Radio playlist; here are just a few of the latest nuggets playing in rotation. 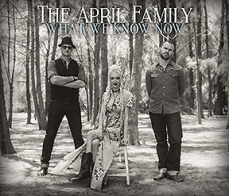 The April Family | What We Know Now (Big Radio Records, 2016)
In 1998, Australia’s Michael Carpenter was going by the unlikely moniker Stagefright and soon to release his first album, Baby, under his own name through the Not Lame Recording Company. Prior to that, a 20-song audition disc, OK.. What Now?, made the rounds, comprised of 18 originals and two covers. While some artists take a release or two or more to ramp up to their potential, this nascent collection signaled the arrival of a fully-formed explosion of talent, ready to go.

Whether recording under his own name or as a member of groups such as The Cuban Heels, Supahip, and Kings Rd., or paying homage to favorite songs and artists for the past 16 years on six volumes of his SOOP series (Songs of Other People), Carpenter has helped to make the world a better place in which to live, espousing peace and love through beautiful music.

The April Family’s What We Know Now, a typically strong selection of songs meshing pop and alternative country styles and tipping its collective hat to classic sounds from the past, is a basketful of soulful cheer, 11 songs composed and performed primarily by multi-instrumentalist Carpenter, vocalist Kylie Whitney, whose sterling 2014 solo album, Something About Ghosts, continues to play in rotation on Pure Pop Radio, and lead guitarist Casey Atkins. Based in Sydney, Australia, the three-strong group reaches out to the world with its engaging craft.

The mid-tempo, should-be radio hit “You’re Someone that I Never Knew” is a country-pop treat with echoes of the Eagles, Fleetwood Mac, and the Rolling Stones driving its mellifluous melody home alongside Whitney’s soulful lead vocal. “I’m Over You,” by equal turns sad and triumphant, paints an emotional sound picture topped by a gorgeous string arrangement, lovely harmonies, and an expressive guitar solo. “Patsy Cline Times Two,” certainly this year’s best and cleverest song title, may well be this album’s heart; resolutely country and classically structured, it draws images of dance floor two-stepping and practically demands replays.

Certainly, with Carpenter in the mix, this album will automatically be on listeners’ radar; with Whitney’s singular, expressive vocals and Atkins’ guitar work in tow, it becomes a big, important thing that should dominate the melodic pop and alternative country fields this year. What we know now is that the April Family’s position as a musical force to be reckoned with is well and truly secure. A terrific release. 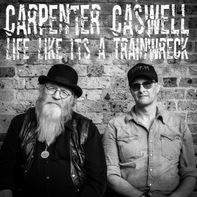 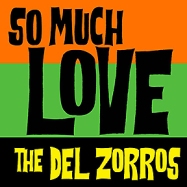 The Del Zorros | “So Much Love”
This gentle ode to love, peace and harmony is Monty and Stede’s latest gift to melodic pop lovers, just in time for Saint Valentine’s Day. A sweet marriage of Roy Orbison emotion and Byrdsian guitar picking, “So Much Love” is a call to arms at a time we all need to experience joy. Lovely.