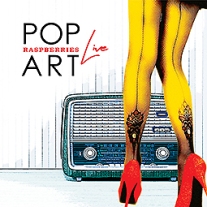 For a thrilling listening experience back in 1976, you could do worse than planting Raspberries’ Best featuring Eric Carmen on your turntable. Every one of the 10 tracks on offer was bang-zoom top-flight–“Go All the Way,” “Tonight,” “Ecstasy,” and “Overnight Sensation (Hit Record)” to name just four. Plus, the first few songs on side one were programmed to start a hairbreadth after the one before it, elevating the excitement level about a million percent.

Listening to Best, I always wondered what it would be like to be at a Raspberries concert. It seemed to me that nothing could quite compare to the emotional payoff experienced by people this close to the band up on a stage that probably shook wildly with every beat bounced upward and then showered down on the audience. Plus, all of that singing along…

Now, with the release of Pop Art Live, fans like me can finally feel the power of a you-are-there Raspberries performance. Recorded on November 26, 2004 at the House of Blues in Cleveland, Ohio, this beautifully mixed and mastered document puts listeners in the cross hairs of a dynamic performance of 28 group classics and covers of choice songs from the Beatles and the Who. It is an invigorating experience.

The band is in fine voice and plays throughout the show like they hadn’t just gotten together for a reunion performance 30 years later. Working together as a cohesive unit on stage, they are clearly on a mission, invested in every note as they work to please every audience member, all of them hungry for a taste of Raspberries history.

Augmented by a trio of musicians called “The Overdubs” that helps to flesh out their sound, Eric Carmen, Wally Bryson, David Smalley, and Jim Bonfanti work every inch of the room as they play the hits and key album tracks and just generally whoop it up, Raspberries style. The highlights are many–“Nobody Knows,” “Overnight Sensation (Hit Record),” “Might as Well,” “Starting Over,” “Should I Wait,” and “Come Around and See Me” spring to mind–but the whole program is a collective highlight and delight, which is probably more to the point.

To say that Jim Bonfanti’s drums are the propulsive glue that holds these proceedings together would be an understatement; he has lost none of his power and is even more powerful than he was before. It should go without saying that the rest of the band is also performing at the height of their powers, but I’ll say it: This magical foursome was on that November night.

Kudos to Omnivore Recordings for releasing this astounding, pulse-pounding document, and kudos to you for buying it. Because, of course, you will be…right?

Where to Get It: The Omnivore Recordings Store (Preorder for August 18 release), Amazon, iTunes 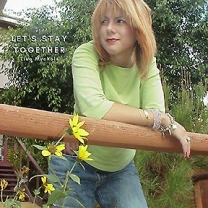 Lisa Mychols | “Let’s Get Together” (2017)
A new track from Lisa Mychols, regardless of the type of song she tackles, is always a gift to be treasured. Here, Lisa pays tribute to the great Reverend Al Green with a sizzling, soulful take on Green’s 1972 number one chart hit. The thing that jumps out at me listening to Lisa’s vocal is how uncommonly good it is. She’s pulling out all the stops and, in doing so, delivering her best vocal yet. And that’s really saying something. All instruments are played with heart by Steve Refling. Wow. 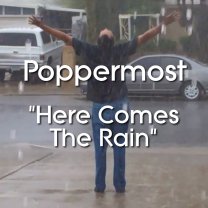 Poppermost | “Here Comes the Rain” (2017)
A lovely, acoustic arrangement hugs a metaphorical lyric about changing one’s path in life, and a new, catchy, Poppermost song is born.  Sounding vaguely like something out of the early Simon and Garfunkel catalog, colored by Klaatu sentiment (“I’m looking for a sweeter season”), Alex Oliver and Roy Rendahl’s latest release is another melodic feather in their cap. Gorgeous.