Such a week ahead! Let’s get right to the details…

A Classic Ben Folds Interview from 1996 on Pure Pop Radio: In Conversation 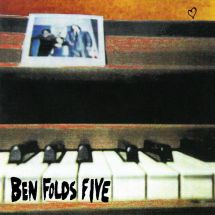 This week’s Pure Pop Radio: In Conversation (Wednesday, 9 pm ET) rolls back 21 years to March 26, 1996–just one year after the weekly Pure Pop Radio show began–for a classic interview on the run with the great Ben Folds. I caught up with Ben after his high-energy Ben Folds Five show at Washington, D.C.’s 9:30 Club. The self-titled, first Five album had been released only seven months prior, but you would never have known it by the roaring reaction from the packed crowd.

My power-packed chat with Ben began just outside his dressing room and continued down the stroll to the stage where he and his band took to breaking down his setup and packing their instruments and equipment into a waiting U-Haul truck. This included Ben’s 1972 well-worn Baldwin piano, a well-used specimen if ever there was one. Ben and I talked about his approach to playing the keys, being compared to Elton John and Billy Joel, and his love of “Video Killed the Radio Star,” which the band played that night and subsequently covered on record. And lots more.

You’ll hear three songs that lit up the grooves on that first Ben Folds Five album: “Alice Childress,” “Jackson Cannery,” and “Boxing.” Plus: the aforementioned “Video Killed the Radio Star.” This is one of my favorite interviews that I’ve done over the years. I hope you enjoy it.

This week’s Alan Haber’s Pop Tunes Deejay Shows are all-new and popping with the best melodic pop from across the decades. Tonight’s show, airing at 8 pm ET on Pop that Goes Crunch Radio, tells the story of music radio through songs about our favorite medium from Tom Petty and the Heartbreakers, the Merrymakers, Joe Sullivan, Hilly Michaels, Harry Nilsson and lots more, along with a smattering of classic radio station jingles. So as not to disturb the flow of this hour-long entertainment, I have kept mum, so no snappy deejay patter from me. Just lots of radio, and lots of fun! 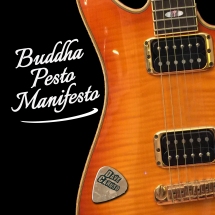 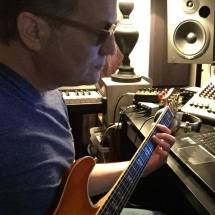 On Thursday night at 8 pm ET, you’ll hear an hour’s worth of new and new-to-you melodic pop songs, including a world premiere tune from Dave Caruso’s about-to-be-released (on October 30) album, the cleverly-titled Buddha Pesto Manifesto, the hotly anticipated followup to Dave’s 2014 release, Cardboard Vegas Roundabout. “Boomer, Jenna and Lennie” is a classic, ever-so-catchy Eric Carmen-styled number about negotiating life’s path and the ups and downs that are presented along the way. Light, percussive piano, electric guitar stabs and a sumptuous melody propel this song to the top of the pops, and I’m thrilled to be able to present it to you as a world premiere spin.