Graham Gouldman’s work is peerless, from the songs he wrote for other artists in the 1960s, such as  “Bus Stop,” “No Milk Today,” and “For Your Love,” to the songs he wrote and sang while a member of 10cc and Wax and the songs he writes and performs today for his top-shelf solo releases. His delectable current EP, Play Nicely and Share, continues his ongoing tradition of producing only the best melodic pop music for waiting ears around the world.

During this exclusive program, Graham speaks with me about Play Nicely and Share, and we play three of the EP’s six songs. We talk about his approach to songwriting and the delightful art direction, by StormStudios, that graces the panels of his latest release. StormStudios, whose lineage is directly connected with that of the classic design firm Hipgnosis, created so many rich cover designs for 10cc and Pink Floyd and many other recording artists. And there’s more on our docket, including a Beatles nugget and news about Graham’s place in Ringo Starr’s All-Starr Band in Europe this summer. It’s a rich hour you won’t want to miss.

To celebrate this very special edition of Pure Pop Radio: In Conversation, we’re giving away a copy of Graham Gouldman’s Play Nicely and Share; to enter, simply click here. Featuring five new songs and a very different cover of Buddy Holly’s “Rave On,” it will be your instant favorite new release.

The romance of trains and new release magic, including a World Internet Radio Premiere of the new single by the Weeklings, power this week’s two all-new editions of Alan Haber’s Pop Tunes Deejay Show, airing tonight–Tuesday, February 20–and this Thursday, February 22 at 8 pm ET on Pop that Goes Crunch Radio. 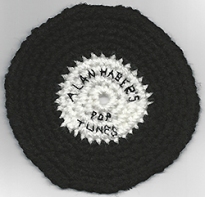 After hearing the O’Jays’ classic “Love Train” on a favored Internet radio station, I got the idea to explore the romance of trains for a special themed edition of the Pop Tunes Deejay Show. So, I put on my engineer’s hat and placed the pop train on our tracks to deliver an hour’s worth of songs about all kinds of trains and songs with the word “train” in the title. You’ll hear Albert Hammond’s “I’m a Train,” Johnny Cash’s “Train of Love,” P.F. Sloan’s “Lollipop Train (You Never Had It So Good),” the Monkees’ “Last Train to Clarksville,” songs from West Coast Consortium, the Marthas and Arthurs, the Hardy Boys, the Kinks, and a whole lot more. All aboard tonight at 8 pm ET! 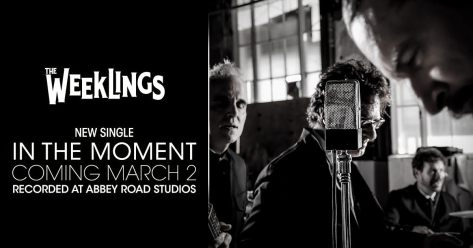 This Thursday night, February 22 at 8 pm ET on the week’s second edition of the Pop Tunes Deejay Show on Pop that Goes Crunch Radio, we broadcast the World Internet Radio Premiere of the Weeklings’ punchy new single, “In the Moment.” Is it Beatlesque? Is it Fab? Is it in keeping with the rich pop traditions that fuel the Weeklings’ substantial efforts? All will be revealed here on the Pure Pop Radio website this Thursday. (By the way, the song, recorded at famed Abbey Road Studios, goes on sale March 2.)

In addition to the World Internet Radio Premiere of the new Weeklings track, we’ve got two new songs from Linus of Hollywood’s upcoming Cabin Life, and two archival tunes from Winterpills’ Philip B. Price, whose two-CD collection, Without Your Love I’d Be Nowhere at All: Best of the Solo Archives 1988-2004, is a clear winner.

But that’s not all: Thursday night’s Pop Tunes Deejay Show offers up new songs from Juliana Hatfield, who is channeling the majesty of the records of Olivia Newton-John on her forthcoming release; Christopher Cash and the Brilliant Deductions; Chris Price; Dragsterbarbie; Brady Harris Band; Daisy House, and the aforementioned Graham Gouldman. It’s another can’t-miss hour. 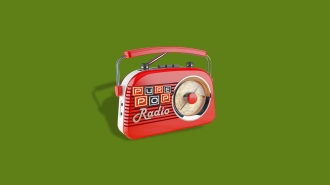 Don’t miss a minute of this week’s Pure Pop Radio specialty shows, featuring an exclusive, hour-long interview with Graham Gouldman, and two all-new editions of the Pop Tunes Deejay Show, with the World Internet Radio Premiere of the Weekling’s “In the Moment” in the spotlight on Thursday night. See you on the radio!