The hits just keep on coming, with the Carpenter touch in today’s lead positions… 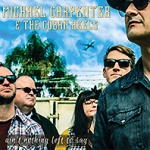 Michael Carpenter and the Cuban Heels | Ain’t Nothing Left to Say Country? Sure, there’s that, but moreover there are a dozen room-filling explosions of sound emblazoned with Carpenter’s trademark melodic touch. Witness the boom-boom-to-snare power of the catchy “One of these Days I’m Gonna Get Myself Right,” the easy intro-to-mid-tempo-pop punch of “Big in the City,” and the pumping, big guitars, big drums punch of “Black Chevy.” There really isn’t anything this Australian musical magician can’t do. Our playlist, and melodic pop music in general, benefit always from his mastery of the pop form. 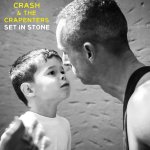 Crash and the Crapenters | Set in Stone Pumping and thumping within just about the complete opposite spectrum of the Cuban Heels’ platter, the combo of three Carpenters–Chris, Michael, and Paul–congregate to bash out 15 smashing Chris and Michael originals (plus one Paul Weller cover). The breathless pace and let-it-all-hang-out attack is somewhat outside Pure Pop Radio’s usual purview, but the four-on-the-floor pop-rocker “Pray to Your Own God” and the upbeat, early Elvis Costello nod “Everything’s Coming My Way” fit perfectly. Yet another side of Michael’s musical palette, and a fun, assured debut for brother Chris.

Now playing in rotation on Pure Pop Radio: “Pray to Your Own God” and “Everything’s Coming My Way.” 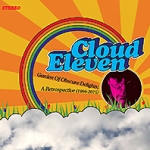 Cloud Eleven | Garden of Obscure Delights: A Retrospective (1996-2015) Spanning a period of 19-years, from the infant waxings of Jiffipop to last year’s sterling Record Collection, this ace release showcases the many colors and moods contained in Rick Gallego’s paintbox. An astounding selection, highlights include the lovely, mid-tempo pop ballad “Flying” from 1996’s debut from Jiffipop, Demolicious, to the dreamy, luscious, melodic wonder “Ocean,” from 2006’s Sweet Happy Life. A trio of outtakes from 2015’s Record Collection, including a winning, atmospheric cover of the 1971 Fleetwood Mac single, “Dragonfly,” close out the top-flight program. Gallego is an artist that deserves, as he always has, to fly well above the radar. He can only fly higher from here.

Solarflairs | “Stereo Alley” Literally just in minutes ago from these Memphis power popsters that, the band says, don’t sound like a power pop band, this gently aggressive and lively guitars-driven number adds to the previous songs already on our playlist. Catchy as always.

Kirk Adams | “Love’s Looking for You” (from Indie Artists United for World Peace)  Appearing on this compilation promoting the world’s number one goal alongside wife Gale Trippsmith and Pop 4 compatriots Andrea Perry and KC Bowman, Florida resident Adams unspools an outtake from his superb 2015 long player Undertown. Beautiful ballad drips with melody to spare; a superbly sung and played and featuring a lovely George Harrison-esque guitar solo, this is a keeper for the ages.

Andy Reed | An Introduction to Andy Reed Andy Reed’s importance in the grand scheme of all things melodic pop can not be overstated; the proof is here in this peerless collection of songs spotlighting his innate talent. The pure pop pleasures of “World of Make Believe,” from 2011’s An American Underdog album, Always On the Run; the beautiful, melodic “Dreaming of the West Coast,” from last year’s Relay Vol. 1 EP, and the glorious, straight-ahead cover of Jay Ferguson’s “Thunder Island” from the vinyl release of 2013’s celebration of lite rock, Drink a Toast to Innocence, dazzle, but then so do all 11 tracks. A great introduction, available on vinyl and in digital form, to the joy of listening to Andy Reed.

Now playing in rotation on Pure Pop Radio: “Thunder Island,” “Dreaming of the West Coast,” “World of Make Believe,” “Your Reign is Over,” “The Show Goes On,” “Crimes of Paris,” and “Always on the Run.” 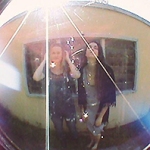