We quite simply can not be stopped! It’s day seven of the Pure Pop Radio New Music Explosion and, yes, you betcha, we’re not even close to being done. We’re now into phase two (it’s top secret!) of our adding frenzy, which will continue tomorrow and into next week and beyond. We couldn’t stop even if we tried!

Here Comes the Reign Again: The Second British Invasion We’ve now added the 19 songs we’ve been playing from this great compilation, sans producer Andrew Curry’s spoken introductions, which may return at a later date. The second British Invasion is alive on Pure Pop Radio! Here’s what you will hear, in rotation: An American Underdog – “Things Can Only Get Better,” Big-Box Store – “Kids in America,” Bleu – “Dont You Forget About Me,” Chris Collingwood – “Life in a Northern Town,” Cliff Hillis – “Wouldn’t it Be Good,” David Mead – “Save a Prayer,” Eric Barao – “Tainted Love,” Eytan Mirsky and Alyson Greenfield – “No One is to Blame,” Jim Boggia and Pete Donnelly – “Good Two Shoes,” Kelly Jones – “Something About You,” Linus of Hollywood – “Every Time You Go Away,” Mike Viola – “Everybody Wants to Rule the World,” Minky Starshine – “True,” People on Vacation – “Cruel Summer,” Taylor Locke – Dancing with Myself,” The Corner Laughers – “Our House,” The Davenports – “Freedom,” The Nines – “Life’s What You Make It,” and The Wellingtons – “Only You.” We think it’s safe to say that this nifty package will be under some decorated trees this coming December.

The Jigsaw Seen | Old Man Reverb This veteran band’s latest album is a solid collection of upbeat pop and roll and ballads, heavy on the guitars and emotive vocals. Amongst these classic tunes, you’ll even find a song that could very well serve as the soundtrack to a classic western film! All of these eight songs are now playing in rotation on Pure Pop Radio: “Idiots with Guitars,” “Die Laughing,” “Understand,” “Madame Whirligig,” “Hercules and Sylvia,” “Your Mind is Like Mine,” “Abide,” and “Grief Rehearsal.” Very cool. 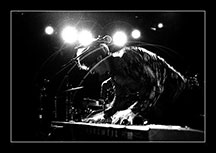 Jeff Thomas’ All-Volunteer Army | “The Devil Wants Your Self Control” This extremely cool song from the great Jeff Thomas and crew opens up with a dead-on, Al Kooper-era Blood, Sweat and Tears vibe and immediately segues into an upbeat rock groove as if it were hitched to a speeding locomotive. Chicago-esque horn stabs lead this energetic slice of pop ‘n’ roll to the finish line. Funky, rocky, poppy and all that, this is more proof, as if more proof were needed, that Jeff Thomas is… cool.

Ron Flynt and the Bluehearts | Big Blue Heart This 2014 reissue of Ron’s 2000 album with the Bluehearts adds two must-have bonus tracks to the mix, making it a must-buy for fans. We’ve been playing a couple of tracks from this album since it was first released, and have taken the opportunity to add a few more this time around. We’ve also added one of the bonus tracks, a great song called “Go to the Window for Kenee.” We’re also playing, in rotation, “Holding On,” “I See Blue,” “Northern Town,” “River Road,” “True Love,” and “Darkness.”

The Above | Waterbury Street From the rockingest borough of New York City come the beat-riffic sounds of the Above, whose second album was released this past June. The dozen nuggets on Waterbury Street evoke the spirit and the sound of early- to mid-sixites British R&B-inflected pop. A swinging time is guaranteed for all. We’ve added six energy-filled tracks to our playlist, including “Coming Around,” “Do You Have a Healthy Mind,” “Goons,” “You Make it Real,” “Do What You Wanna Do,” and “Broken Soul.” Now get on the dance floor and groove!

The Airwaves | Release Sweden’s own Airwaves specializes in original, ABBA-riffic, and catchy, seventies-sounding songs that really get under your skin. We’ve added three tracks to the Pure Pop Radio playlist: the mid-tempo charmer “Famous,” the powerful “Miracle,” and the ABBA tribute, “Hey You Ring Me Tonight,” which includes a fair share of ABBA references in the lyrics. Pretty fun.

Jesse Rimler | Four Songs Drawing on a wide range of influence, from pop standards to Harry Nilsson and, most especially, Randy Newman, California singer-songwriter Jesse Rimler writes and performs beautiful songs full of inspiration and pure joy. He’s released only four so far, but each one of them is a gem and points toward a growing catalog full of similar treasures. We’re playing everything Jesse has released: “Secret Password,” “My Elevator Story,” “How We Lost Her,” and “Sylvia’s Dream.” We can’t wait for the next treasure to surface.

Various Artists | It Was 50 Years Ago Today – A Tribute to the Beatles, Vol. 4 Through his Bullseye Records of Canada imprint, label chief Jaimie Vernon has quietly been releasing a series of tributes to everybody’s favorite Fab Four. We’ve been playing tracks from every volume and now, with volume four in house, we’re continuing the tradition. We’ve added seven versions of classic Beatles songs to our playlist. Here’s how our selections play out:  Atomic Tracktor: “Revolution,” Dee Long: “Across the Universe,” Fergus Hambleton: “And I Love Her,” Michael Carpener: “If I Needed Someone,” Steve Lawrenson: “Yes It Is,” the Wackers: “She Loves You,” and Walter Clevenger: “I Will.” 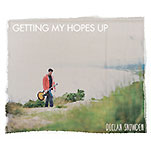 Declan Snowden | Getting My Hopes Up From Galway, Ireland and now based in Dublin, Declan Snowden’s EP–available for free on Bandcamp–revels in the kind of pop we greet with open arms here at Pure Pop Radio. The joyous “Believe in Me” and the gorgeous, heartfelt ballad “I’ll Never Be Your Man” are now playing in rotation. We’re pleased to make your acquaintance, Declan.

With day seven of our New Music Explosion in the books, we have only to look forward to day eight, and that’s happening tomorrow. Be back here around noon ET and see what kind of surprises we’ve cooked up to lead you into your popping weekend!