Hey! It’s the weekend! The weekend’s here! You know what that means, right? It means that week two of Pure Pop Radio’s New Music Explosion is rolling into the weekend and week three, day number nine is merely days away.

Today is day eight, and we’ve got a typically diverse and exciting lineup of new adds to the Pure Pop Radio playlist to lay out for you. Let’s get started! 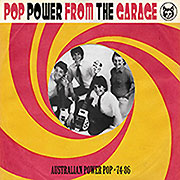 Various Artists | Pop Power from the Garage – Australian Power Pop * 74-86 We’ve been digging the very sweet, new releases from Australia’s Zero Hour Records. This one shares the basic approach that previous compilations of Australian power pop have taken over the last, many years, although this time around the focus is on the years 1974-1986. This mighty fine collection dishes up 22 great tracks. Of course, we’ve chosen the poppier ones to add to our playlist, and they are: Beathoven – “Do You Remember the Time,” The Clones – “Tired of Hiding,” Lee Cutelle – “You’ve Got the Power Over Me,” Heroes – “Baby’s Had a Taste,” Riffs – “I’m Not Just Another Boy,” The Prefects – “Wait Until Midnight,” Young Homebuyers – “Boyfriend,” and the Eighty Eights – “What Would Your Mother Say.” Your mother would say “Spin ’em if you’ve got ’em!” Listen for these very cool tracks now playing in rotation on Pure Pop Radio. 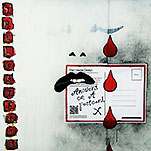 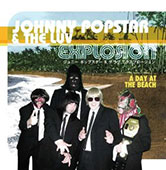 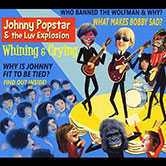 Johnny Popstar and the Luv Explosion | Whining and Crying and A Day at the Beach A great pop band, with perhaps a smattering of punk aesthetic and influences from across decades of catchy songs, Johnny Popstar and the Luv Explosion is a real find. We hear the Turtles, the Archies, the Dave Clark Five and a host of other sixties and seventies bands bouncing around in this clever mix of sounds. This is the kind of music you might have heard on the radio way back in the day. Heck, it’s music you should be hearing on the radio today. And you will, because a total of 10 Popstar tunes are now spinning in rotation on Pure Pop Radio, including “Daphne Blake,” “Karen Palangi,” “A Day at the Beach,” “Dr. Wiggley,” “Oh Valerie (I Really Hate Your Boyfriend),” “We Could Get Along,” “Oh Louise,” “Social Status Crisis,” “Fit to Be Tied,” and “Don’t Ban the Wolfman.” And yes, “Daphne Blake” is indeed a shout-out to Scooby Doo’s own. Great stuff.

mylittlebrother | If We Never Came Down As perfect as a beautiful day in the country or a clear, wondrous night under the stars, mylittlebrother is a wonderful British band that specializes in lovely, clever, insanely catchy pop songs that capture the imaginations of listeners. Entrancing melodies, gorgeous harmonies and a sense of humanity makes this album the find of the year. We’ve added seven songs to our playlist: “Lovers of Life, Unite!,” “NoseDive,” “Gold,” “My Hypocritical Friend,” “If We Never Came Down,” “Slow Dance,” and “Profiterolls.” Sort of reminiscent, in spirit, of the Wilson Hospital’s equally lovely, lone album. Truly special and quite magical.

The Solicitors | Blank Check We’re probably the first pop radio entity to have played the Solicitors. Well, we’re at least one of the first. In any case, we were way early spinning tracks from one of Australia’s greatest pop ‘n’ roll bands working today. Lee Jones’ catchy songs, performed with great gusto and made for radio play, are aces all around. The band’s debut album is one of the classic releases of this or any other year. Sounding like a lost act on the Stiff label, the Solicitors make great pop ‘n’ roll music and this album is proof. Several of the tracks here are previously released, and we’ve been playing them for awhile; we’ve now added “If You Let Me Hold You,” “I Need You More,” “For This Evening’s Entertainment,” “(You Should See the) Look On Your Face,” “I Love Your Love,” “My Secret is Safe With Me,” and “Goodbye.” It hardly ever gets better than this.

Kurt Baker – Brand New B-Sides The pop and roll of Kurt Baker is as intoxicating today as it was on his very first release. If anything, Kurt elevates his craft ever higher with each new record. With producer and engineer extraordinaire Wyatt Funderburk at his side, there are no limits to what Kurt can achieve. This latest release, composed of songs that didn’t make 2012’s Brand New Beat album–some of which were released as bonus tracks in France and Japan–is a collection that, quite rightly, sets the bar even higher for future records, so good are the 10 songs included here. We’ve added seven to our playlist: “Emma Stone,” “Since You’ve Been On My Mind,” “What’s that Got to Do with Rock ‘n’ Roll,” “On the Run,” “I’ve Tried Everything,” “Think It Over,” and “So It Goes.” Pure pop with a rockin’ beat, served up by a master.

The Singles | Four Tracks Recorded around 1980 at Unique Recorders in New York City, these four catchy songs pop along like old friends. Great melodies and strong hooks ensure repeat plays. Here’s what we’re now playing in rotation on Pure Pop Radio:”It’s All My Fault,” “Leave that Girl Alone,” “Off and Running,” and “We’re Not Kids Anymore.” Tony, who sang lead and background vocals and played some bass, was joined in the studio by Les Fradkin, Rich Tuske, Marty Shapiro, JP Patterson and Joe Servello. Fradkin produced “It’s All My Fault” and “Off and Running.” Prepare to smile and tap along with the tunes.

My Brother Woody | Football Musings Set to Music You can now add to the (however slowly) growing pop sports sub-genre begun by The Duckworth Lewis Method, who sing about cricket, My Brother Woody’s album, which concerns itself with football (or, I believe in this case, soccer). We are, as usual, confused about the meaning of sports words in different parts of the world, but we do know our pop music, and this is pop music of the first order. Some fetching melodies and deep hooks propel these great songs into the consciousness. We’re spinning four songs in rotation: “50p Head,” “Panini Sticker Album Blues (1987),” “Bouncebackability,” and “The A-Z of Football.” 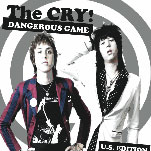 The Cry | Dangerous Game (US Edition) This isn’t the Cry’s first dance in the pop music arena, but it is their first full-length release here in the United States. This US version of Dangerous Game cobbles together 13 songs that have previously been released in Europe and Asia, plus a new track, “Last Thing that I Do,” a relatively sensitive, mid-tempo ballad with great guitar work that is rather unlike their usual upbeat, more rocking material. Fast or slow, this is a great band that deserves your time and attention. “Last Thing that I Do,” along with a host of other great tracks, is now playing in rotation on Pure Pop Radio.

Winterpills | Echolalia Nine years on from their first, self-titled album, Winterpills returns with a collection of cover songs. But this is not your father’s cover songs album: This isn’t a collection of versions of chart smashes and wedding band favorites. Nick Drake, Jules Shear, XTC and other lesser-known artists get the call here, along with such new-to-the scene groups as the Beatles, Beck and Buddy Holly. The sum total of Echolalia‘s parts is an album that belongs to Winterpills and plays like a song cycle composed of like-minded compositions. We’re playing six re-imagined, emotional, newly shaped songs: Sharon Van Etten’s “One Day,” Jules Shear’s “Open Your Eyes,” Matthew Sweet’s “We’re the Same,” Damien Jurado’s “Museum of Flight,” XTC’s “Train Running Low on Soul Coal,” and Mark Mulcahy’s “A World Away from this One.” A great record.

And so we come to the end of our second week of postings about new music added to the Pure Pop Radio playlist. On tap, we’ve got another week’s worth of very cool releases joining the more than 5,300 other classic tunes on the air; all the fun starts next Tuesday, October 28. We’ve also got a very special review for you, and news of something to look out for here on the Pure Pop Radio website in November. So, stay tuned!