We hope you’ve been enjoying Pure Pop Radio’s Big Week of Summer Fun. We’ve certainly enjoyed bringing lots of new music to you. We’ve enjoyed bringing you new editions of our signature Beatles programs, Ken Michaels’ Every Little Thing and the weekly Fab roundtable, Things We Said Today. And let’s not forget, we brought you the exclusive worldwide broadcast premiere of Pop 4’s “Don’t You Be Like That” this past Tuesday evening.

Now, we’ve got more new music from your favorite, heritage artists and out-of-the-box artists we think you’ll come to know and love. 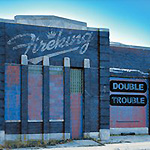 Fireking | Double Trouble Pop and rock meet each other head on in the music of Fireking. The group’s double album bristles with energetic, windblown guitar power and commanding melodies for a can’t miss experience. You can just hear the sweat pouring off the band as they deliver song after song–they’re invested in their material, and it shows. We’ve chosen five numbers for our rotation: “Built to last,” “A Sentimental Education,” “Contagious,” “(Untitled),” “So You Say You Lost Your Baby,” and “Power Pop Chords,” the last of which really says it all as the band stakes their claim in their bid to keep the spirit of power pop alive. Great stuff.

Zach Jones | Love What You Love From the very first song on this terrific album, it’s obvious that Zach Jones is a master of the art of bringing together various influences. The result is a punchy, giddy love for melody in every song, which is why we have added every song to our playlist. There’s a loving attention to detail, as genres swirl around each other to great effect, like in the wonderfully addictive “Away from You,” which mixes pure pop and easy soul for a verse-chorus construct that’s awfully hard to resist. Save for drums, percussion and strings, Jones plays every instrument, which puts him in the pilot seat as he showers his songs with lots of love. In addition to “Away from You,” we’re playing, in rotation, “Everything’s Fine,” “Hate What You Hate,” “Song in the Sunshine,” “In Love,” “Lucky One,” “Nothing’s Changed,” “Some Other Day,” “Little Light,” and “Out On the Town.” Lovely. 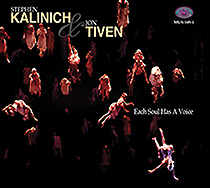 Stephen J. Kalinich | “Start Your Day With Gratitude” (with Jez Graham) and Each Soul Has a Voice (with Jon Tiven) More music for Pure Pop Radio from a veteran poet who has logged many decades of service bringing art to hungry, musically-minded listeners all over the world. We previously added songs from Stephen’s album made with Dave Humphries, No One Like U, under the name the Hollywood Project. First up this time around, a smiling collaboration with Jez Graham, “Start Your Day With Gratitude,” from the album You Can Soar. A sunny song about positivity, it’s an infectious number. We’re playing that song in rotation, and serving up seven songs from the fantastic album Stephen recorded with veteran music man Jon Tiven, Each Soul Has a Voice: the title cut, the inspirational “Choose Life”; “Usually” (shades of Adam Ant!); “Harmony”; the medium-tempo, bluesy “Blue Teal Wall”; the bouncy “Addicted to Pain”; and “To Each and Every Soul.” More to come from Stephen and his magical creations.

The Big Believe | Illuminate and Various Tracks From the southeast of the United Kingdom comes Amanda Thompson’s recording project, which boasts some really great pop songs that we’re thrilled to be able to play in rotation on Pure Pop Radio. We’ve added to our playlist two songs from the forthcoming album, Illuminate: the pretty title cut, and the pop/new wave hybrid, “Creatures.” We’re also playing three additional songs you’re sure to love: “Let’s Pretend We’re Spies,” another mighty catchy new wave/pop confection; and the equally new-wavey “Eternal Youth.” We look forward to more from Amanda Thompson and the Big Believe. 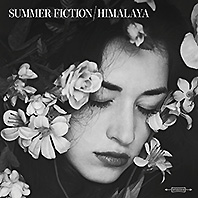 Summer Fiction | Himalaya Summer Fiction’s second album, following on four years from the group’s self-titled debut in 2011, is teeming with pure pop treasures. Lovely melodies, lovely vocals, and lovely everything else abound. We’ve added six songs, all made for group hugs and big smiles: the made-for-radio, Todd Rundgren-esque bouncy confection,” Dirty Blonde”; the straight-ahead, poppy “On and On”; the gentle, pretty “Lauren Lorraine”; the acoustic, folky “By My Side”; the also-radio-friendly and jangly “Perfume Paper”; and the gliding, melodic charmer, “Religion of Mine.” A classic platter.

B and Not B | Popular Pastimes Longtime Pure Pop Radio favorite B and Not B returns with their latest release, from which we’ve taken two upbeat tunes that are now playing in rotation: the rock ‘n’ popper “All the Lonely Kids,” which features horns, guitars and great harmony vocals; and the pulsating, upbeat toe-tapper (kinda sorta in the pop mode of Chicago, no fooling), “Winter.” PPR loves B and Not B.

That’s it for today. You know we’ve got more new music to be added to our playlist; check back next week for another list of wonderful songs that will be filling your summer soundtrack with delight and beauty!