Our 11-day-long Eight Days a Weekling marathon, celebrating the release (today!) of Studio 2, the latest beat-o-riffic album from New Jersey’s fabulous foursome, the Weeklings, has come to a close.

But we’re still celebrating! Every track from both Studio 2 and the Weeklings’ first fab album, lovingly called Monophonic, and select solo tracks from Glen “Lefty” Burtnik and Bob “Zeek” Burger, will continue to spin in rotation on our air. 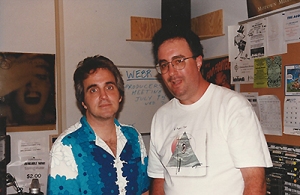 During the last 11 days, we’ve brought you command performances of Lefty’s 1997 appearance on the old, weekly Pure Pop Radio show, during which he performed live in the studio, and Lefty and Zeek’s appearance on Pure Pop Radio: In Conversation, during which the duo chronicled their adventures recording Studio 2 in London’s famous Abbey Road studios. And don’t forget those Weeklings Double Shots that were rocking the airwaves every hour during the marathon!

We also ran a contest: Up for grabs were two Weeklings Prize Packs, containing the Studio 2 CD and the cassette version that features three, count ’em, three extra tracks–covers of the Beatles’ “It Won’t Be Long,” “All I’ve Got to Do,” and a screaming version of “I’m Down” that will leave you absolutely, positively breathless! 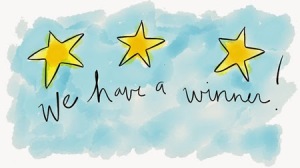 We’re pleased as Merseybeat punch to announce that James Rosen and Patricia Rossi are the winners of our latest contest. James and Patricia will each be receiving a Weeklings Prize Pack in the mail. Congratulations! 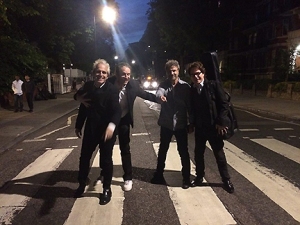 Thanks to everyone who entered. And extra-special thanks to the Weeklings–Glen “Lefty” Burtnik, Bob “Zeek” Burger, John “Rocky” Merjave, and Joe “Smokestack” Bellia–for making such great music. More contests are coming soon. Keep enjoying Pure Pop Radio, your original 24-hour source for the greatest melodic pop music in the universe! Listen online or on the go! And keep coming back to these pages for reviews of the latest and archival releases, articles, columns, and station updates.