Because there have been and continue to be fairly long periods of time without any posts in this space, I thought it would be a good idea to provide a short update on what’s new and happening, as the kids often say.

First, more new and new-to-you melodic pop nuggets continue to be added to Pure Pop Radio’s ever-growing playlist; why, just yesterday, I added a whole bunch of really terrific songs I think you’re going to love. More on that in a moment, or somewhere in the neighborhood of a paragraph or three.

A while ago, I let it be known on social media that I was having some health problems that were persisting and refusing to go away. That situation has not improved very much; if anything, it has gotten worse, leaving me with fairly substantial periods of time where I’m much too tired and in too much pain to do much of anything else. Yet, I remain positive and hopeful.

I’m dealing with a rough case of psoriatic arthritis that, combined with my ongoing battle with neuropathy, many years running, is causing me much anguish both day and night. These conditions are particularly hard to deal with during the current Covid-19 crisis, when I must visit with doctors online rather than in person. Some days, I’m unable to do very much other than sleep, deal with pain, and generally mope while sitting still, instead of working on Pure Pop Radio and this website.

All of the above is to say that, despite my ongoing medical situation, I will continue to add songs to the Pure Pop Radio playlist on as regular a basis as I can, and report on those adds in this space in a similar fashion. I will also work on reviews as I am able. 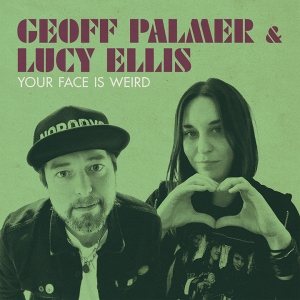 As regards to the new songs I said I added to the playlist yesterday, well, I’m pretty impressed with the lot of them: now playing in rotation are sweet and catchy new tracks from Geoff Palmer and Lucy Ellis, from their terrific and whole-lotta-fun album, Your Face is Weird. You’re going to love it.

But wait, there’s more new and new-to-you excellence playing on our air from:

Wilding’s The Death of Foley’s Mall, the excellent work of one Justin Wilding Stokes that I believe you will be hearing much of in the coming months. We’re playing five songs in rotation

The Death Of Foley’s Mall by Wilding

mylittlebrother’s Howl, a much-awaited masterwork from Will Harris and crew, from which we’re playing five songs in rotation

The always great Bill DeMain, who has covered probably the one Harry Nilsson song that you would never expect him to cover, from the movie Skidoo, about which much will be said later on; “Garbage Can Ballet” is the name of the tune, and it’s another masterful job by a Pure Pop Radio favorite artist

Garbage Can Ballet by Bill DeMain

Michael Carpenter and the Banks Brothers. This sterling country pop project, which is bursting with charm and melodic excellence, not to mention top-notch playing, is represented on our air by three most impressive, toe-tapping tracks

J.P. Cregan, a terrific popster about whom I know almost nothing, but that will change pretty quick, I betcha (thanks to Coke Belda for the general heads-up)

Kenny Herbert, whose music I’ve been playing on the various incarnations of Pure Pop Radio for more than 20 years; his latest, an uptempo love song called “It’s Only Me,” is another instant classic from the musical bard of Scotland

Hoodoo Gurus, speaking of classics; the Gurus have released another top track called “Get Out of Dodge,” with the Bangles’ Vicki Peterson and the Beach Boys’ John Cowsill in tow.

There is more, of course–much more, and I will hopefully be reporting on those adds shortly. Meanwhile…

Thanks for reading and thanks for listening to Pure Pop Radio and visiting this website for reviews of great melodic pop music. I am humbled that you take the time to see what I’m up to, and if it sometimes seems like I’m not up to much, I really, truly am.

Alan Haber’s Pure Pop Radio is the premier website covering the melodic pop scene with in-depth reviews of new and reissued recordings, and a wide variety of features.

Pure Pop Radio brings the greatest melodic pop music in the universe to your waiting ears, 24 hours a day.