We continue to add new and new-to-you songs and artists to our playlist; hundreds have made their Pure Pop Radio debut in the last few weeks. Here are just some of the most recent treasures we’re playing in rotation, with lots more to come:

Kelley Ryan | Telescope (2017)
astroPuppees veteran Ryan’s latest long player is a master class effort of melodic proportions. Her luscious compositions are carefully crafted, charming objects of desire that sneak up on you and calmly rock your world. Working with singer Marti Jones; Marti’s husband, veteran musician and producer Don Dixon, who plays bass; and drummer and percussionist Jim Brock, Ryan delivers her usual enticing mix of balladry and radio-friendly should-be-top-of-the-pops creations; “Real Gone Girl,” this album’s catchy, mid-tempo closer, feels like a hit to me, its enticing melody and lovely harmonies memorable and magical. The gentle “Pulling for Romeo,” from which this album gets its title (“You’re at the end of your rope/Don’t need a telescope…”) will make you wonder why all songs aren’t this pretty. What you won’t need to wonder about is how this album fits into the current melodic pop landscape, because I have the answer: It fits like a glove.

Now playing in rotation on Pure Pop Radio: “Cigarette,” “Crack in the Sky,” “Passing Through,” “Pulling for Romeo,” “Real Gone Girl,” “Save Me,” “Secret Life,” and “The Broken News”

Where to Get It: CD Baby, Amazon, iTunes

Smitten, Boller’s delicious new Simple Carnival offering, on which the artist is supported by drummer Chris Belin and a bevy of background vocalists, one of whom sings co-lead on the winsome “Lunch for Dinner,” is another winning collection of pretty, catchy songs with a decidedly Eric Carmen-esque air about them. “This is what happens when you are smitten,” Jeff sings during the title track. “This is what happens when you’re in love.” Expect nothing less. Lovely songs, all sporting gorgeous melodies, abound. (By the way, Boller is a filmmaker too, and an award-winning one at that. Read about Smitten 3D by clicking here.)

Now playing in rotation on Pure Pop Radio: “A Geek Like Me,” “Elizabeth’s House,” “Everything that Grownups Know,” “Go Away I Like You Too Much,” “Kiss Her You Dummy,” “Lunch for Dinner,” “Smitten,” “That Thing We Got,” and “The Problem with Friends”

Where to Get It: The Simple Carnival Shop, Amazon 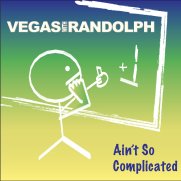 Vegas With Randolph | “Ain’t So Complicated” (2016)
One of our favorite bands returns with a typically catchy number about the power of love. The beat is infectious, easy going and breezy, and charming, as are all Vegas With Randolph tracks.

From Minneapolis, Minnesota comes this lovely four-song EP with a decidedly mid-1960s bent, sounding like a melodic meeting of the minds between the Cyrkle and the Left Banke, particularly on the upbeat, gentle raver “She’s Gone.” The folk-meets-baroque ballad “Perfect Stranger” is a particular highlight, sporting affecting, attractive harmonies and an entrancing melody. Well done. 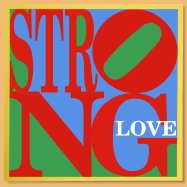 Welcome to day one of our two-day-long New Music Explosion! We’re bursting at the seams with songs and artists new to the Pure Pop Radio playlist. Grab a cold beverage and settle into your comfy chair, because we’ve got a heapin’ helping of new adds to share with you.

And away we go! 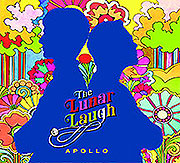 The Lunar Laugh | “Apollo” The first song from the forthcoming album, also named Apollo and releasing in just under two weeks from now, is this lovely slice of pure, melodic pop about pretenders to the rock and roll throne. “You’ve been perched high on your soapbox/Pledging your love for classic rock/But you don’t know the words to Revolution/Or Rock N Roll Ain’t Noise Pollution.” Well said. Connor Anderson and Jared Lekites have done an amazing job with this number; we wait with great anticipation for the back eight. Terrific.

Jimmy Haber | Joy Acid Pact “He must be related to you,” you’re saying but no, we figure, no relating here (although the twin sons of different mothers thing may have to be called in to play), other than getting what Jimmy’s offering on his second solo album, a full-speed-ahead power pop record. A founding member of the pop-punk band Degenerates, and one of the makers of music in the Maladaptive Solution, whose songs can be heard in rotation on Pure Pop Radio, Jimmy worked with pop legend Michael Carpenter, who produced, engineered and recorded these songs (other creative folks were on board, too). We’ve added six songs to our playlist, including the horn-fueled, Tom Petty-esque “Jane Stare at the Sun,” the manic guitar workout “What Doesn’t Kill You,” and the mid-tempo melody-riffic “Searching.” Also spinning: “Otherwise Occupied,” “Bad Day to Me,” and “Big Black Hole.” Super stuff. 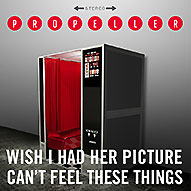 Propeller | “Wish I Had Her Picture” and “Can’t Feel These Things” Greg Randall and Will Anderson deliver a couple of classic power pop songs with deep hooks and sumptuous melodies. The description of the band’s music on their Bandcamp page, where you can download these songs for free, says you’ll encounter “Crunchy guitars. Verses as hooky as choruses and rollicking rhythms that would frighten most metronomes. Mixed and served loud.” Sounds about right. Very cool and now playing in rotation.

Vegas With Randolph | “Jacob” These Washington, D.C. favorites bring the power with their latest release, the fiercely upbeat guitar workout, “Jacob,” that, perhaps, presents the killer roller coaster as a metaphor for attraction. “She took him to amazing heights/Then dropped him to the deepest lows/And threw him for a loop…” This is one of VWR’s greatest, most propulsive numbers, with pounding drums and hair raising guitar lines. Loud and proud of it. Killer song.

Brian Wilson | No Pier Pressure Brian Wilson’s vocal blend is at the heart and soul of this new album, which mixes songs featuring current music artists and treasured, fellow travelers such as Beach Boys Al Jardine and David Marks. The mix of voices, combined seamlessly to deliver the rich background vocals you would expect from Brian, are the collective star attraction. The gentle samba rhythms of “On the Island,” sung by She and Him’s Zooey Deschanel and M. Ward, are charming and inviting. The pure pop warmth of “Saturday Night,” performed with fun.’s Nate Ruess, is particularly inviting; this is a wonderfully catchy tune with equally catchy background vocal harmonies. And the luscious harmonies in the pretty “This Beautiful Day,” sung with Al Jardine and David Marks in tow, are almost worth the price of admission. We’ve added the aforementioned songs, and “The Right Time,” “Guess You Had to Be There,” “Somewhere Quiet,” “Tell Me Why,” and “Our Kind of Love.” Brian is back, and you’re invited.

The Thigh Highs | These are the Thigh Highs Based out of our old stamping grounds, this Brooklyn, New York trio hits the mark with a lighthearted approach and groovy pop chops seasoned with a pinch or two of garage ethos. From their 2014 EP, we’re playing the Byrdsian “Carroll Gardens” and the slighty-psychedelic “Submarina,” both sung by guitarist, keyboardist and vocalist Gerry (G.F.) Newland. Cool tunes from a cool band.

Preoccupied Pipers | White Bicycle Plan, “Super 8” and “Talk ’til It Rhymes” On December 3, 2014 we added to our playlist a couple of songs from this band that counts the Corner Laughers’ K.C. Bowman as a member. Back then, we revealed that the members of Preoccupied Pipers “…were drawn from locations far and wide and mostly picked from the ashes of a band called Lawsuit.” That’s still true, and make of that what you will. We’ve since heard a 2008 album the band made called White Bicycle Plan, which we liked a whole lot. (The White Bicycle Plan is a real thing, by the way; you can read about it here.) We’ve added six songs from WBP: “Junk Yard Car,” “Goldberg Machine,” “Barnacle Life,” “Giggle Down the Drain,” “Hi Becomes Lois,” and “Passport of Life.” “Super 8” is a 2014 cover of Jason Isbell’s song from his 2013 album, Southeastern (Isbell is a former member of Drive-By Truckers), and “Talk ’til It Rhymes” is a fun tune recently recorded. As with everything that K.C. Bowman has a hand in, this is pure joy.

Identical Suns | “After the Lullaby” Co-writer Todd Stanton and I chatted about this heartfelt, sad, hopeful and pretty song about wanting to know what a child thinks about in his dream state. How does a child function when lullabies don’t affect them any longer? And there is the bigger question: When a child grows up and is at that age, do they hang on to a part of their parents and let their wisdom inform their path in life, or do they forge ahead alone? These are complex questions sometimes left unanswered after lifetimes of concern for the well being of all of our children. The lovely melody and tentative, fragile vocal will melt your heart. An important song, now playing in rotation.

Caddy | “Bring It Back” Caddy’s latest song, which we’re now playing in rotation, is due for release in May, as is the album it is taken from, The Better End. “Bring It Back” is a mid-tempo melodic wonder that will hook you in seconds. The gorgeous chorus will never leave you, and the equally-gorgeous vocal blend will have you smiling. Beautiful.

The Hudson Brothers | Totally Out of Control We’ve been remiss in gracing our playlist with a good number of tracks from this classic pop band. So here’s our first musical salvo…five songs from the Hudson’s 1974 album that establish the brothers’ mastery of the pop form. We’re now playing, in rotation, “Be a Man,” “Dolly Day,” “Lover Come Back to Me,” “If You Really Need Me,” and “La La Layna.” This is how it’s done, folks. 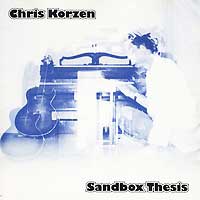 Nezrok/Chris Korzen | Florida’s Chris Korzen, who has recorded under his own name and under the band name Nezrok, is new to our playlist. Chris works in a variety of genres; we’ve added some Pure Pop Radio-friendly tunes to our on-air mix. From Nezrok’s Broken Sound album, we’re playing the ’50s-cum-country toe-tapper “Life Is What You Need” and the pure pop number “Thinking It Over.” From Chris’s solo album, Sandbox Thesis, we’re playing the R. Stevie Moore-esque “Can’t You See” and the Beatlesque “For Today.” We’re also playing the shades-of-Todd-Rundgren “Nirvana.” Good stuff.

Big Lonely | Close Your Eyes, Keep Talking This Canadian band works up a catchy brand of pop-rock on their album from the winter of 2014. We’re playing three songs in rotation: the rhythmic “Tapes,” the pop-rocker “You Want It All,” and the powerful ballad, “All My Lucky Senses.” A promising longplayer. 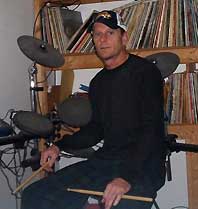 Matt Tyson | Pure Pop Radio Jingle It’s a jingle, it’s a song, it’s a marvel, is what it is. Pure Pop Radio favorite Matt Tyson stuffs a liberal dose of Jan and Dean, the Beach Boys and other sun kisses into this incredible creation. Many thanks, Matt. It doesn’t get better than this.

Here’s a New Music Explosion Extra Plus! We recently added a new song from the Corner Laughers’ forthcoming album, Matilda Effect, and a whole lot of songs from the Grip Weeds’ new album, How I Won the War. So, we happily present to you the video for the Laughers’ “Fairytale Tourist” from Matilda Effect, coming this June. Also: A very cool promo video about the Grip Weeds’ powerhouse new record, How I Won the War. Dig ’em both!

More to come tomorrow as we head into day two of our New Music Explosion! Enjoy these and other songs and artists now playing in rotation on Pure Pop Radio, your home for the greatest melodic pop music from the ’60s to today. And remember…we’re on 24 hours a day!